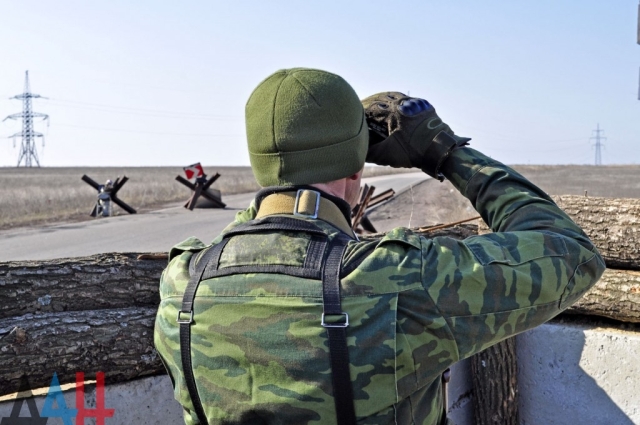 Russian Spring is publishing a complete summary of the military situation in the Donetsk People’s Republic for December 6th-7th. The data was compiled following today’s briefing by the deputy commander of the republic’s operative command, Eduard Basurin.
Ceasefire violations
Over the past day, the number of ceasefire violations by Ukrainian militants has doubled, amounting to 2,453 violations in total.
The enemy fired at the territory of the republic 114 times with artillery of 152 and 122 mm, 617 times with mortars of 120 and 82 mm, 8 tank shots, as well as 1240 shots from various types of grenade launchers. In addition, infantry fighting vehicles and small arms were also used.
The Ukrainian terrorists Gruzevich, Shaptal, Nikolyuk, Sokolov, and Delyatisky subjected the following residential areas of the republic to shelling: Vasilevka, Verkhnetoretskoe, Yasinovatya, Zhabichevo, Spartak, Aleksandrovka, Yasnoe, Elenovka, Dokuchaevsk, Kominternovo, Leninskoe, Oktyabr, Sakhanka, and Trudovskie in the Petrovsky district of the city of Donetsk.
Infrastructural damage
As a result of Ukrainian militants’ bombardments, three houses and a gas pipeline were damaged in Dokuchaevsk, and one house was damaged in the residential area of Staromikhailovka.
Also damaged were power lines in Elenovka, where more than 100 homes have been left without light. In Krutaya Balka, the Donetsk Filtration Station, which had only been working for two days before, has been left without electricity.
At the current time, measures are being taken to renew the supply of electricity and gas to the affected residential areas.
Troop movements
The DPR’s intelligence has continued to record the strengthening of UAF positions close to the contact line.
In Karlovka (19 km from the contact line), the positions of four 152 mm towed Giatsint-B howitzers have been identified. In Galitsinovka (17 km from the contact line), the location of four 122mm self-propelled Gvozdika artillery systems have been noted. In Krasnogorovka (3 km from the contact line), the location of two 122 mm self-propelled Gvozdika artillery systems has been recorded. Finally, in Konstantinovka (12 km from the contact line), four 122 mm self-propelled Gvozdika artillery systems and two 152 mm towed Giatsint-B howitzers have arrived.
All information on violations of the Minsk Agreements has been sent to representatives of the Joint Center for Control and Coordination of the Ceasefire of the OSCE mission.
Foreign instructors
In the area of operation of the UAF’s 30th mechanized brigade, the presence of foreign instructors from Slovakia, who are directing tactical training for servicemen, has been noted. Judging by the increasing losses in UAF ranks, the foreign instructors are amateurs and do not receive full salaries.
Failed ‘offensives’
Over the past day alone, Ukrainian militants tried two times to break through our positions on the southern borders of the republic, namely, in the residential area of Vodyanoe, where they were repelled and driven back onto their territory with two killed and four wounded. On our side, one serviceman was wounded.
Conclusion
Thus, we can see that the Ukrainian military command is “with sheep persistence” continuing to send its people to slaughter despite knowing in advance the futility of such actions.
http://www.fort-russ.com/2016/12/2400-violations-full-donetsk-front-sit.html