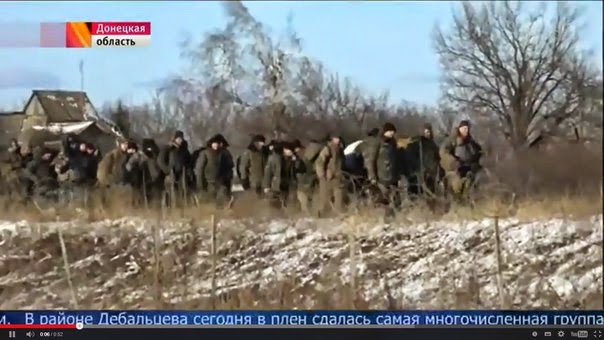 Translated from Russian by J.Hawk

“Ukrainian punitive troops are surrendering in large numbers. Journalists have filmed the surrender of one of the punitive units in the Debaltsevo cauldron. More than 70 men laid down their arms to save their lives and surrendered to LPR People’s Militia. All punitive troops who lay down their arms and cease resistance will receive hot food and warm clothing, as well as medical aid if they are wounded. The main reward for their conscience and their refusal to continue the war is that their lives will be spared.”

Video of the surrender of the 70-strong Ukrainian unit.