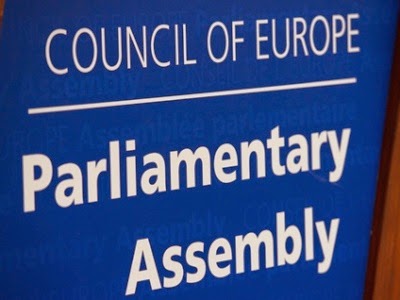 Russian delegation again left Strasburg without having found mutual understanding with most of the members of the Parliamentary Assembly of the Council of Europe. It was clear before the beginning of the session that the right to vote will not be granted. Why did they go there? Hoped for common sense? And what will be the consequences? Ultimate exit from this platform and exit from the Council of Europe?

I have to point out that the Europeans were surprised by your comment about your exit, are they that clueless? Do they live in their own world?

Alexey Pushkov, the Chairman of the State Duma Committee on International Relations:

Some of them thought, that although we informed them, in case of sanctions, and in particular – stripping the right to vote, which was the main sanction applied to us, that we will leave until the end of the year. But they thought, so what, “they came here, threatening us, putting pressure on us.” Someone shouted that the Russian delegation is blackmailing them, that if “we approve the sanctions, they will leave, so we should approve the sanctions on principle”.

And part of them didn’t understand, that when they approved the sanctions, and when we congratulated them with such a wise decision, after which nothing in Ukraine depends on them anymore, and all the contacts with Russia are cut, they realized that they cannot demand anything from us.

They wanted to meet with Savchenko and we were prepared to help with this issue in Moscow, if we stayed in PACE, now that we left, PACE will have no access to Savchenko for sure. Other international organizations may have such access, but PACE is excluded from this issue.

Parliamentary Assembly excluded itself from the process of resolving Ukrainian crisis and from the dialogue with Russia about Ukraine. I think some of them understood that this will happen.  But  they wanted to isolate Russia and push us out. But some of them only got it now.

After our departure on Friday they started to actively discuss what will be their next steps. “The Russians said, we can meet with Savchenko, we can go to Crimea”, and then someone said: “Wait, the Russians are gone!”

And Ukrainians said, “The Russians offered … we should take their offers!” – “Well, then go talk to the Russians!” But where are they? They are already in Moscow!

I think that PACE punished itself in their anti-Russian push, to show us that we are not agreed with, that we have to be punished,  limited in our rights, they forgot that they lost Russia, a key player in Europe.

Now they are getting it. And we hear again talk that the dialogue with Russia is very important, and they can’t afford to loose it. And so on and so forth.

If we are not there then no one will talk about it. Only our delegation goes against the mainstream. And sometimes I am asked, if there are any results. Yes, there are results.

I have to tell you that now 64 deputies, about more then 30% of deputies voted against the sanctions. And in April, when we were first stripped of the right to vote, only 20 people voted against.

So we are moving this agenda ahead, and there is much more skepticism towards Ukraine, much less faith.

There are people whom we have established very good relationships with. These is the left faction, some of the socialists, some of the conservatives. Many people came to our defense, representatives of the Serbian delegation, French, Norwegian.

We have to see that this is a platform on which an information war is waged.

V.S.: If this is a platform where a war is waged, then why did you leave?

We left because Russia is not prepared to play a role of a statist.

The thing is, every year each national delegation is reviewed. The sanctions which were enacted last year expired by the end of 2014. And even at the session of the profile commission, which reviewed this issue, the spread was with a difference of only one vote a day before the parliamentary session.

We paid attention to the extraordinary efforts taken by Western diplomatic missions and international organizations to adjust the positions of those deputies who demanded to keep our privileges. There was talk that those who support Russia will have no political future in their own countries. And those delegates from countries other then EU were directly threatened, that if they support Russia, they will be put on black lists, and won’t be able to go …

In private conversations with various representatives of Euro-bureaucracy and a large number of Trans-Atlantic lobbyists, who very officially are acting …   Their lobbyists are not just better then ours but much more tougher.

The truth is on our side, but what was remarkable is not only what was done but how it was done.
I was the author of all the adjustments for the final project of a resolution from our country.

The paradox is that they think that our participation in PACE is a privilege, which we can be blackmailed with. For us only a fair dialogue is acceptable. And we were prepared to have it, but we weren’t heard.

Many important points here including this:

If we are not there then no one will talk about it. Only our delegation goes against the mainstream. And sometimes I am asked, if there are any results. Yes, there are results.

I have to tell you that now 64 deputies, about more than 30% of deputies voted against the sanctions. And in April, when we were first stripped of the right to vote, only 20 people voted against.

It’s easy to forget this — telling the truth matters. It and our example influence other people. It’s very difficult most of the time to see results or the changes to dominant modes of thinking. And it’s very easy to get discouraged and give up. But speaking the truth brings results. There are always some who listen, some who are curious, some who still ask questions and don’t automatically believe the dominant narrative. And they influence other people — their family, their friends, their co-workers, their neighbors.

Tell the truth and keep telling the truth in as many creative ways as possible to as many people as possible.

Push outside of your comfort zone.

Don’t leave it to the “experts” or the “activists” or the politicians.

If you care about Ukraine, Iraq, Syria, or South and Central America, about freedom, every single person must tell what he or she knows if we are to have any hope of breaking the chokehold of tyranny, of brutality, of evil, of societal and earth murder.