This meeting was convened at the request of Ukraine — by the Kiev government.

These are our leaders — American, British, and European — and this is what they represent. 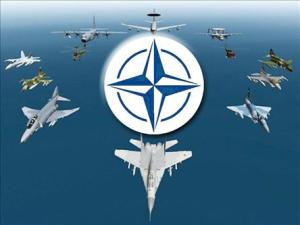 Ambassadors of NATO Allies and twenty-two partners met in the Euro-Atlantic Partnership Council on Wednesday (11 March 2015) for an exchange of views on the current situation in Ukraine. Chaired by NATO Secretary General Jens Stoltenberg, the session was convened at the request of Ukraine.

The meeting, attended by Russia’s Ambassador to NATO, took place almost one year after the illegal and illegitimate annexation of Crimea by Russia, which NATO Allies do not recognise.

Euro-Atlantic Partnership Council (EAPC) nations expressed deep concern over the ongoing conflict in Eastern Ukraine, urging Russia to withdraw its forces and its support for the separatists. All members of the EAPC agreed that the full implementation of the Minsk agreement is the only path to a lasting and peaceful solution. Secretary General Stoltenberg stressed that the ceasefire remains fragile and sporadic violations continue. He said that all parties should fully implement the Minsk agreement in good faith, including Russia, whose support for the separatists has further fuelled the conflict. As a first step, he called for a “withdrawal of heavy weapons from the line of contact in a transparent and verifiable manner”, with full access to the OSCE monitors.

Allies and other EAPC participants also condemned Russia’s illegal and illegitimate annexation of Crimea, and called on Moscow to reverse course.

The NATO Secretary General said that “the stability of the entire Euro-Atlantic region have been undermined, as have the values of national sovereignty and peaceful conflict resolution, values which all members of the EAPC have committed to uphold”. Mr. Stoltenberg underlined that the Basic Document of the Euro-Atlantic Partnership Council contains a joint pledge to promote peace and stability in the Euro-Atlantic area. He called on all EAPC members to respect this fundamental commitment.