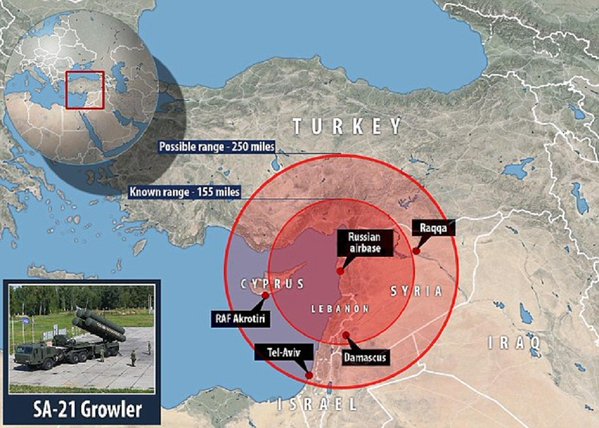 Tvzvezda
Russia will transfer to Syria the S-400 air defence system. This was stated by Russian Defense Minister Sergei Shoigu. The anti-aircraft missile system S-400 will be transferred to the Hmeymim air base in Syria” – Shoigu said at the board meeting of the military department of the Russian Federation.
S-400 “Triumph” is an anti-aircraft missile system which is also a large and medium-range air defense missile system of a new generation. It is designed to destroy air and space attacks. This anti-aircraft missile system can simultaneously attack up to 36 objectives, launching 72 missiles in total.
S-400 “Triumph” was put into service in April 2007.
[Note: Shoigu also stated that the S300 will also be traveling to Syria, the slightly older brother to the S400.]
http://www.fortruss.blogspot.com/2015/11/s400-to-syria-putin-seals-syrias.html