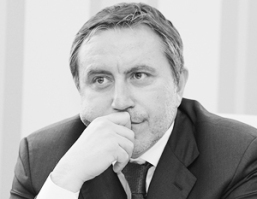 The Defense Ministry of Turkey is providing assistance in Ukraine by creating a volunteer battalion named “Noman of Celebicihan”, said the coordinator of the ‘civil action by blockade of Crimea’ Lenur Islyamov.

“Now we will form a new volunteer battalion named “Noman of Celebicihan”. Further, we expect a number of military units, which we must assign, but we are already receiving volunteer assistance for the battalion”, writes “Odessa crisis media center”.
“On Friday we received the first batch of Turkish military uniforms. The Ministry of Defense of Ukraine still itches to help, but the Turkish Ministry of Defense are already beginning to support us. We produced 250 sets of uniforms and shoes,” said Islyamov.

“Soon we will have the appropriate number of military units, I think, by January 15th, we will gather at Chongar for the world Congress of Crimean Tatars, and the Executive Committee will be here. We will gather all Crimean Tatars from all over the world i.e. from USA, Canada, Poland, Romania, Turkey, some 43 countries,” he said.
According to him, “the battalion will consist of 560 people,” which “will be engaged in the tasks set by the General staff”. “But the main task is the protection of the border of Crimea. We will bring security to Crimea as soon as possible. The task of this battalion is to operate in the same way, the only way we know”, he said. In December, the Deputy of the Verkhovna Rada of Ukraine, Mustafa Dzhemilev, during his visit to Turkey, met with Turkish President Recep Tayyip Erdogan and asked for funding for military units on the border with Crimea.
http://fortruss.blogspot.com/2015/12/islyamov-says-turkey-is-to-participate.html