Translated by Ollie Richardson for Fort Russ
4th May, 2016
Nahnews

Donbass, which today is the subject of a humanitarian, financial and transport blockade by the Ukrainian authorities, as well as being constantly shelled and destroyed, has already paid a one-time cash assistance to veterans for Victory Day, but the Ukrainian Prime Minister Volodymyr Groysman is still looking for reserves.
Last week the Cabinet of Ministers of Ukraine adopted a decree that establishes the amount and procedure of payment of a one-time annual cash assistance on May 9th to combatants, war invalids, participants of war, persons who have special merits from the Homeland, and persons subject to the law of Ukraine, “On the status of war veterans and guarantees of their social protection”, as well as victims of Nazi persecution.
According to the document, the participants of war will receive 170 UAH. However, Prime Minister Volodymyr Groysman said at a Cabinet meeting broadcasted to the whole country that this amount is too low for veterans, so he search for some reserves, and now the combatants in world war II will receive 400 UAH. 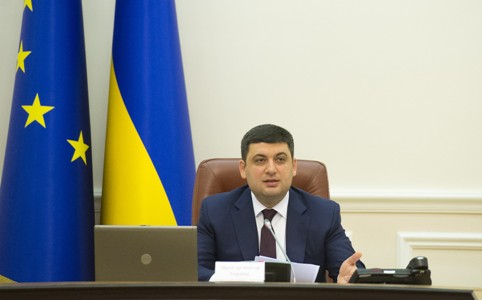 Note that this money is not enough for veterans to even pay monthly utility bills, and when you consider today’s gas prices, which the same Groysman raised, it is not enough to pay even half the community.
However, the Cabinet’s website published a resolution dated May 3rd, 2016, which clearly states: to pay 170 UAH to war veterans and former prisoners of concentration camps, ghetto, other places of forced detention, people who were violently exported for forced labor, children of guerrillas, underground workers, and other participants of fight against the national socialist regime in the enemy’s rear. And there is not a single word about 400 UAH.
At the same time, Donbass, which today is suffering a humanitarian, financial, and transport blockade by the Ukrainian authorities has already paid a one-time cash assistance for Victory Day. Moreover, the amount of the payments, given the time at war, is pretty decent in the DPR and LPR.

The relevant decrees of the heads of the two Republics was published at the official sites of the Donetsk and Lugansk People’s Republics.
Thus, invalids of war, persons categorised as disabled war veterans, former minor (which at the time of conclusion was 14 years of age) prisoners of concentration camps, ghettos, and other places of detention that are recognized as being disabled from general disease, labour mutilation, and for other reasons are paid:
In addition, persons having the legal status of a combatant and a former minor (those who at the time of conclusion did not attained the age of 18) prisoner of a concentration camp, ghetto, and other places of detention, as well as children who were born in the specified places of their parents’ forced detention with the appropriate license are paid the amount of 2,000 rubles (about 800 UAH).

Persons who have special merits from the Motherland received a grant in the amount of 6,000 rubles (about 2,400 UAH). And the families of the victims and wives/husbands of deceased disabled veterans and participants of hostilities in the war and participants of war and victims of Nazi persecution received 1,000 rubles (about 400 UAH) from the state.
In addition, veterans in the two Republics were given food packages. Thus, we can see how the veterans are today cared for in the Donetsk and Lugansk People’s Republics, and the attitude of the Rada towards the people who were involved in the feat that we are able to live today because of. And this is not to mention how today there are parades in Kiev with the St. George’s ribbon and honorary awards for veterans.
As a reminder, it was earlier reported that under the government of ex-Minister Azarov, veterans received a lump sum payment of between 1,720 to 2,200 UAH.
http://www.fort-russ.com/2016/05/thank-you-grandpa-for-victory-how.html