The speaker is identified by a commenter as Yan Kazemirovich 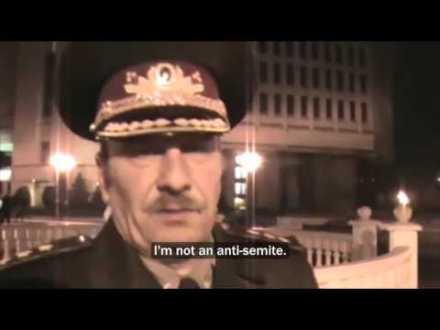 Translated by Inessa Sinchougova for Fort Russ
12th May, 2016
Ukrainian General blows the lid on international Zionists that are occupying Ukraine, funded by the CIA.
He explains that he has no ill feelings towards everyday people of Jewish origin, as they too are hostage to this international government.
The General mentions:
Mr Yatsenuk – Former Prime Minister and First Deputy of Masonic Lodge of Ukraine
Mr Pinchuk – Head of Masonic Lodge in Ukraine (the son in law of former President of Ukraine, Leonid Kuchma)
Mr Leonid Kravchuk was the first president of independent Ukraine.
Akhmetov, Kolomoisky, and Firtash are Ukrainian oligarchs that are towing the interests of the US State Department and international Zionists in Ukraine.
Advertisement