Beginning Monday, the Republican-led Legislature in Pierre has sought to pass a repeal bill that would void the ethics provisions passed via a ballot initiative two months ago. The measure, passed by more than 51 percent of voters, is known as Initiated Measure 22 (IM 22).

IM 22’s provisions also include the formation of a state ethics commission, more frequent campaign contribution reporting and limits on when former lawmakers can become lobbyists.

The repeal bill was scheduled for a full state Senate vote on Thursday after passing through a Senate committee on Wednesday and a full House of Representatives vote on Tuesday. However, further debate on the legislation was postponed in the afternoon. The Senate will pick up debate next week, according to AP. 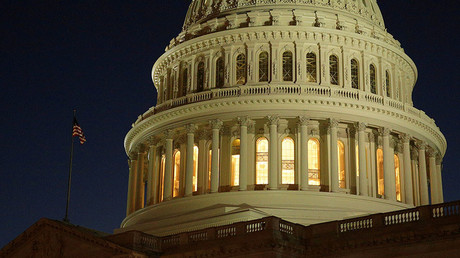 Like his fellow state Republicans, Governor Dennis Daugaard, who is supportive of the repeal effort, has argued that IM 22 was poorly written, overly broad, possibly unconstitutional and pushed by influences outside of South Dakota.

“[Voters] were hoodwinked by scam artists who grossly misrepresented these proposed measures,” Daugaard said, according to the New York Times.

Republicans and others have filed a lawsuit against the state that challenges IM 22, prompting a judge to grant a preliminary injunction on the reform effort while the legal process unfolds.

Supporters of ethics reform are calling on lawmakers to heed the voters’ wishes and follow IM 22’s demands. On Monday, at a legislative committee hearing on the repeal bill, supporters said voiding IM 22 would send a dangerous precedent.

“The problem with repeal and replace is, what we’ve said from the beginning, that it repeals what the voters asked for and replaces it with something we didn’t have a direct say in,”said Doug Kronaizi, spokesman for Represent South Dakota.

Speaking of the numerous scandals that have occurred within state government in recent years, the Capital Journal editorial board wrote that IM 22 came about because voters “were fed up” and chose to back IM 22, despite its flaws.

“We say South Dakotans voted for more transparency and better accountability from their elected officials when they passed IM 22 last year,” the board wrote this week. “The legislature owes it to their constituents to give them what they asked for.”

In its 2015 report on each state’s government transparency and accountability, the Center for Public Integrity gave South Dakota the second-worst score out of all 50 states.

“Across the board, the state lacks robust laws to prevent corruption, apparently the result of a sense, at least among South Dakota’s ruling class, that burdensome controls are not needed in a rural state with a supposedly high degree of familiarity, trust and cordiality,” the nonprofit said.