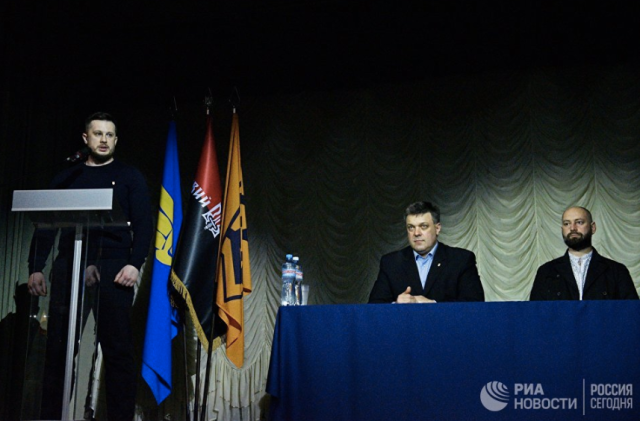 Azov, Svoboda, and Right Sector leaders
Ukrainian neo-Nazis have signed a manifesto on joining forces. In particular, the manifesto has been signed by representatives of Svoboda, the National Corps formed on the basis of the Azov battalion, and Right Sector. 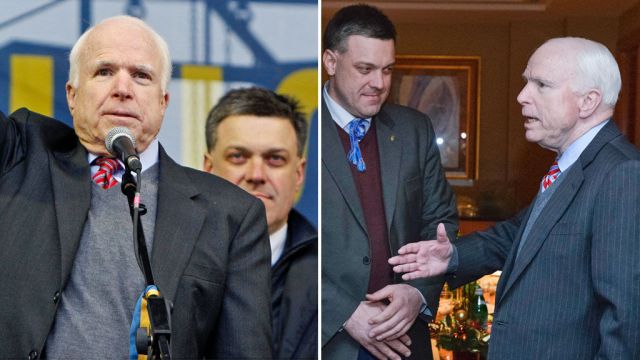 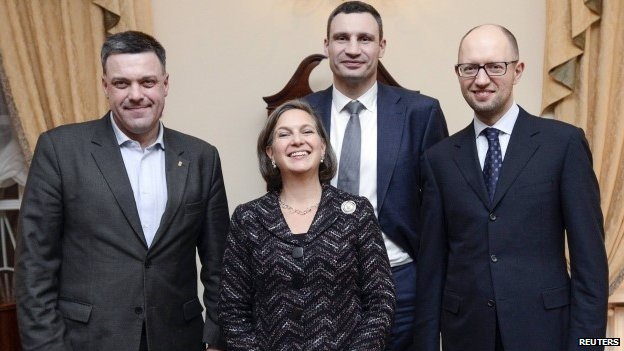 Svoboda leader Oleg Tyagnibok with patrons John McCain and Victoria Nuland
The manifesto contains 20 points, among which figure recognizing Russia as “the aggressor country” and severing diplomatic relations, and recognizing the Donetsk and Lugansk regions uncontrolled by Kiev as “occupied territories.”
The unified neo-Nazi front also stands for the creation of a professional army and recognizing Ukrainians as the only state language.
The leaders of the front’s groups do not rule out running together in early parliamentary elections.
http://www.fort-russ.com/2017/03/ukrainian-neo-nazis-form-united-front.html