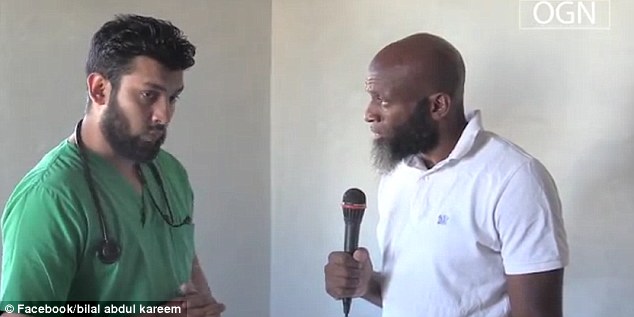 Shajul Islam, the 31 years-old British doctor, posted several videos on Twitter  in which he is allegedly treating the patients, following the April 4th chemical assault in Khan Sheikhoun, Syria. The controversial British citizen is also known to be affiliated with the terrorist groups, fighting against the Syrian Army.

Although the corporate media tried to portray him in the best light possible, independent journalists and activists nonetheless discovered the fact that in 2013 he was arrested on terrorism-related charges.

In 2012, Islam went to Syria for the first time. Upon returning, he was wanted by the MI6 due to allegedly being involved in the kidnapping of the British photojournalist John Cantlie and his Dutch colleague Jeroen Oerlemans. The two were held hostage for 9 days in a jihadist camp in northern Syria where Islam was believed to be working.

Islam was charged (and later held in the high security Belmarsh Prison on terrorism-related offences) along with his younger brother Najul Islam, and Jubayer Chowdhury, before beginning his trial.

The charges against Islam were later dropped by the prosecutors due to the fact that Cantile and Oerlemans were not able to attend the trial. The former remained in Syria and was eventually kidnapped by ISIS, while the latter, was shot by an ISIS sniper in Libya back in 2016.

Despite this, Islam claims to be working only as a medic without connections to any of the terrorist groups.

Recently, however, he was interviewed by the jihadist-turned US journalist Bilal Abdul Kareem, best remembered from covering the jihadists and their activities in eastern Aleppo, shortly before its liberation.