North Atlantic Treaty Organization countries have repeatedly been accused of supplying weapons to terrorists. Bulgaria – is no exception.
According to the news agency “Tass”, another batch of Bulgarian arms to Syria was delivered April 4, 2017 from the port of Burgas (Bulgaria) to the port of “Jeddah” (Saudi Arabia) on the vessel “Marianne Danica”, en route under the flag of Denmark. 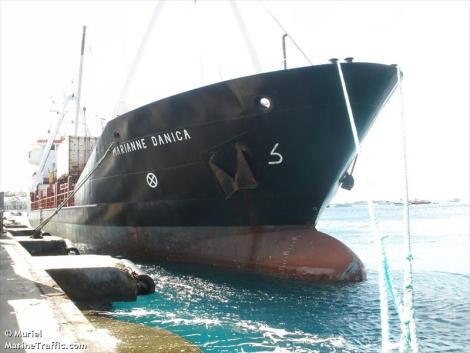 It is known that over the last month, the Bulgarian ship has made two trips to Saudi Arabia and returned to Bulgaria for the next “batch”. Saudi Arabia can not realistically be the recipient of the weapons, as the country’s army is equipped with exclusively Western weapons already.
Reporters of the newspaper “Trud”, who published the  original  result of the investigation, also found that the Bulgarian weapons manufacturer “VMZ-Sopot” signed contracts on arms supplies with the US; two companies “Chemring”, in the amount of $47m, (Dec 2016) and Orbital ATK, to the amount of $50m  in January of this year.

VMZ-Sopot, Bulgaria
Payment for orders is made through ‘front companies’ representatives of European command and of the US armed forces.
As a reminder, the previous (and first) noisy case of transportation of Bulgarian arms to Syrian Islamists occurred in December 2016.
Then, journalists visited the city of Aleppo and found 9 Al-Nusra warehouses for heavy machine guns and ammunition, missiles for multiple rocket launchers, all produced in Bulgaria. It turned out that the supplier of ammunition is a Bulgarian privately owned weapons company Arcus from Lyaskovets, and military factory VMZ-Sopot.
The fact that the leadership of the Republic of Bulgaria has repeatedly and convincingly been accused of supplying weapons to Syria, no one, apparently, cares. As a result, Bulgaria, as a member of NATO and the European Union, under the auspices of the United States and through “gray schemes” continues to regularly and illegally redirect weapons to terrorist groups in Syria.