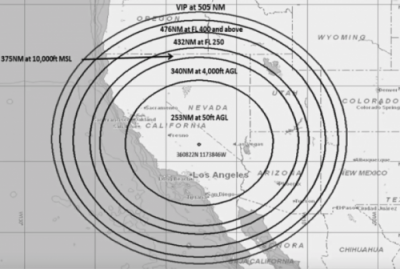 On January 26, the air war drill, known as Red Flag, officially kicked off at Nellis Air Force Base, 20-miles outside of Las Vegas. Base officials have warned residents of increased military aircraft activity due to aircraft departing from Nellis Air Force Base twice-a-day to conduct war drills on the Nevada Test and Training Range.

The drill involves a variety of attack, fighter and bomber aircraft as well as participants from the U.S. Air Force, U.S. Navy, U.S. Army, and Marine Corps. Foreign participants include Royal Australian Air Force and the Royal Air Force.

A video from the 2015 Red Flag drill is shown below.

“Red Flag 18-1 primarily is a strike package focused training venue that we integrate at a command and control level in support of joint task force operations,” said Mathes. “It’s a lot of words to say that we integrate every capability we can into strike operations that are flown out of Nellis Air Force Base.”

According to The Drive, the air war drill is the largest of its kind in the 42-year history, as the United States prepares for a possible conflict on the Korean Penisula.

Further, the USAF is going to “blackout GPS over the sprawling Nevada Test and Training Range,” said the Drive, which will provide realistic war-like conditions to challenge aircrews.

“Arrivals and departures from airports within the Las Vegas area may be issued non-Rnav re-routes with the possibility of increased traffic disruption near LAS requiring airborne re-routes to the south and east of the affected area. Aircraft operating in Los Angeles (ZLA) center airspace may experience navigational disruption, including suspension of Descend-via and Climb-via procedures. Non-Rnav SIDs and STARs may be issued within ZLA airspace in the event of increased navigational disruption. Crews should expect the possibility of airborne mile-in-trail and departure mile-in-trail traffic management initiatives.”

The Drive explains why the USAF is determined to use GPS spoofing and jamming technology but offers no insight into what a GPS blackout might mean for the millions of civilians who live in the Western region of the US.

GPS denial is a becoming a huge issue for American military planners. Peer states, especially Russia, are already putting GPS spoofing and jamming tactics to work during various training events near their own borders. We have discussed this situation in great depth before, and I would suggest you read this article to understand just how deeply the loss of reliable global positioning system data can mean for the U.S. and its allies during a time of war, as well as what is being done to overcome such a monumental hurdle.

The Pentagon has mysteriously tested technology that can jam GPS over a wide area before, and it is likely that this same capability will be put to use in the Nellis Test and Training Range for this Red Flag 18-1. Line-of-sight and distance impact the way in which GPS users, especially other airplanes, operating far outside the training area will be affected. Here is an article on those tests, which emanated from Naval Air Weapons Station China Lake, which is located on the western edge of the Mojave Desert in California, in June of 2016.

Below is a released image showing the impact of a GPS jammer unleashed on the Western United States in a June 2016 test:

If there is a concrete reason why the Department of Defense is quietly preparing a massive air war drill in Nevada now, while simultaneously forcing a gigantic GPS blackout for the Western part of the United States, it has not been disclosed aside from the obvious, of course.

We know one thing: this exercise will last a lengthy three weeks and could pose significant risks and threats to devices that rely on GPS signals, which according to the DHS chart below, is pretty much anything with electronics in it these days.

All images in this article are from Zero Hedge.