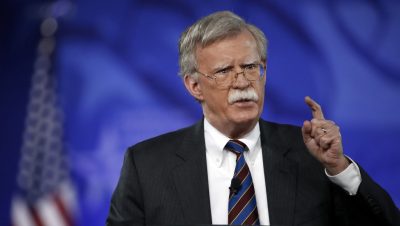 José Maurício Bustani is a Brazilian diplomat who was the first director-general of the Organisation for the Prohibition of Chemical Weapons (OPCW) until he was ousted after falling out with the US government in April 2002. He was Ambassador of Brazil to the United Kingdom between 2003 and 2008 and is currently Ambassador of Brazil to France.

It was the first time in history that the head of a major international organization was removed during his/her term of office. There is much controversy surrounding the reasons behind Bustani’s removal. Bustani had been negotiating with the Iraqi government, and was hoping to persuade them to sign up to the OPCW, thus granting OPCW inspectors full access to Iraq’s purported “chemical weapons arsenal”. If Bustani had succeeded, this would have placed a formidable obstacle in the path of the Bush administration’s war plans, by removing their ostensible motive. Bustani’s supporters insist this was the reason why the US forced him out.

In an extraordinary interview with RT today (7th April), Bustani (image on the right) tells of having his family threatened by none other than newly appointed U.S. National Security Advisor John Bolton back when Bolton was Under Secretary of State for Arms Control just prior to the Iraq war that led to hundreds of thousands of casualties and the destabilisation of the region.

Bustani tells RT that he had made a proposal for Iraq to join the OPCW and it was only a shock to the Americans “because they had plans already to take military action against Iraq.”

“It was obvious that everything (chemical weapons) had been destroyed and that there was nothing left for Iraq to be accused of in terms of still possessing chemical weapons.”

Jose Bustani was then asked by the then Under Secretary of State for Arms Control John Bolton to resign. Bustani refused.

“Bolton then came to the Hague to my office and he said you have to resign and I give you 24 hours. This is what we want”

Bustani objected on the grounds that he was elected by all members states of the OPCW, not just the U.S.

Bustani alleges that Bolton physically threatened members of his family if he did not comply and immediately resign.

Bustani confirmed that his two sons were in New York at the time and is clearly becoming uncomfortable recounting the story for this interview.

Bustani ends the interview with the words

“he is not a man you can have a dialogue with.”