The 22nd June marks the beginning of Hitler’s invasion of the Soviet Union, Operation Barbarossa. In Russia, this day is known as The Day of Remembrance and Sorrow. Today, the Russian President took part in a wreath-laying ceremony at the Tomb of the Unknown Soldier near the Kremlin wall.

On June 22, 1941, Nazi Germany and its Axis allies began a massive invasion of the Soviet Union – some 4.5 million troops launched a surprise attack deployed from German-controlled Poland, Finland, and Romania. It was the largest military invasion in history.

German tank units as they prepare for an attack, on July 21, 1941, somewhere along the Russian warfront.

Machine gunners of the Red Army during the German invasion 1941.

German Stuka dive-bombers, in flight heading towards their target over coastal territory to the Gate of Crimea. 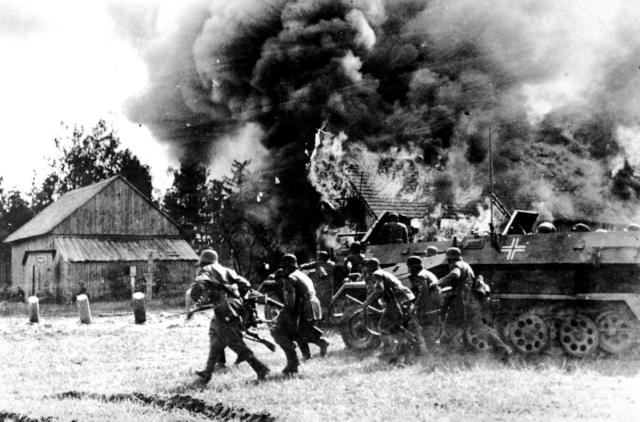 German soldiers, supported by armored personnel carriers, move into a burning Russian village at an unknown location during the German invasion, June 26, 1941. 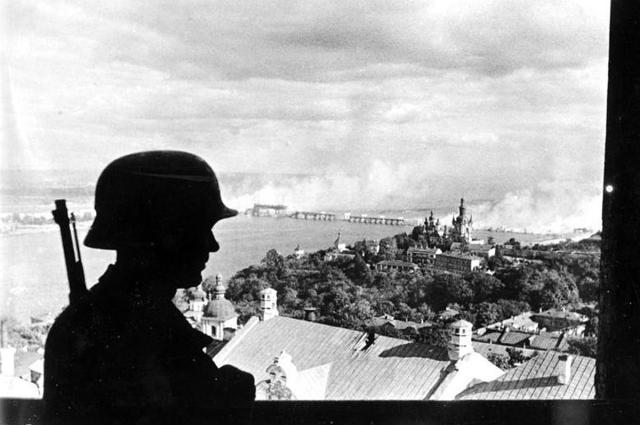 German soldier looks on the recently-captured city of Kiev as it burns, 1941.
http://www.fort-russ.com/2017/06/22-june-1941-putin-commemorates-start.html
Follow Free Ukraine Now on WordPress.com