Will the Western public actively oppose their governments’ attempts to destroy Russia?

In the near future, the Kremlin will be forced to focus on five areas of conflict, which are evident from the explicit and indirect threats to the Russian state. 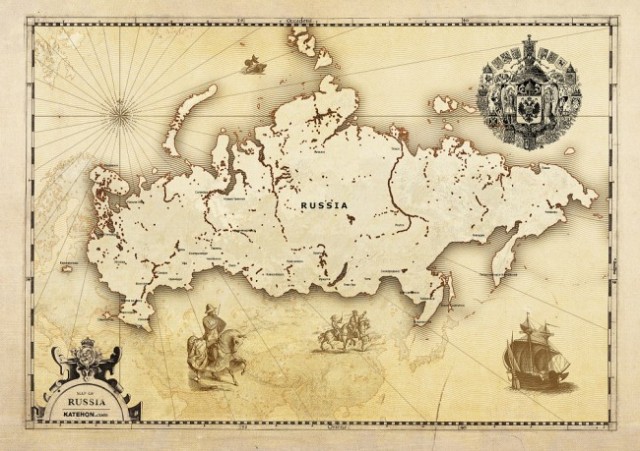 Turkey as a new element of instability
Increased activity from Turkey, with the support of the US and the EU, could put Russia in a difficult position. Northern Syria may be subject to attacks not only from militants but also from Turkish government forces. Previously, Ankara announced its intention to support the Syrian Turkmen who live in that area. After the incident with the downed Russian jet, Turkey may behave more aggressively. As a member of NATO, it has received support from the EU. Enticed with the promise of membership in the future, in exchange for the containment of immigrants, Erdogan will have more latitude. The conflict with Russia is also beneficial to Erdogan, as it diverts attention away from internal problems and scandals.
Ukraine
The escalation of the conflict in Syria can be used by Ukraine to intensify military operations in the Donbass. The situation in the Donetsk and Lugansk Republics has been quite tense as of late. We can not exclude the coordination of action on two fronts at the same time, through Washington. Since the Minsk Agreement cease-fire, any response from Lugansk and Donetsk Republics, and Russia’s support, will be used by the west to favor Kiev.
Fifth column
Russia’s previous actions to block internal agents of the West were quite successful. Opposition leader Alexei Navalny was adjudicated and a number of western accounts and revenue streams in Russia have been closed. The Prosecutor General of the Russian Federation recognized that the foreign “Open Society” and “Support” foundations are not desirable on Russian territory any longer. Nevertheless, events show that the West is using every opportunity to escalate social conflict in the country. So, the discontent truck drivers who disagree with the new tax, have already led into a coalition of disgruntled drivers with the political opposition that is artificially fueled by the western media.
The sixth column
The actions of officials and decision-makers may also adversely affect the consolidation of efforts of the Russian leadership. Liberals in the government, and advisers, can offer various forms of “exchange” with the West, which provides – one way or another – for the change of Russia’s position. For example, the rejection of Russia’s interests in Ukraine and Donbass in exchange for recognition of Moscow’s role in the fight against ISIS. Or, for example, the promise of lifting sanctions under certain conditions from Washington. Obviously, any demands from the West will lead to the further weakening of the role of Russia in the international stage, and reduce the prestige and power of the country. Therefore, the activities of the emissaries of the West, embodied in the sixth column, will meet resistance from the block of military and security agencies (the “siloviki”) around Vladimir Putin.
The threat of homegrown terrorism
At the same time, cells of the terrorist underground in the North Caucasus, the Volga region, and major cities of Russia may be activated. Although attempts to carry out attacks occur regularly, and in most cases are stopped by Russian law enforcement agencies, under more difficult conditions when resources are dispersed and attention is given to other issues, there is a risk that some attacks may take place.
It is obvious that the West is seeking to synchronize all these attacks on Russia for maximum effect.
http://fortruss.blogspot.com/2015/11/russias-five-fronts.html

Ukrainian President Petro Poroshenko appealed to the country’s constitutional court, asking the court to recognize the ousting of former President Viktor Yanukovych in February 2014 as illegitimate.

“I ask the court to acknowledge that the law ‘on the removal of the presidential title from Viktor Yanukovych’ as unconstitutional,” Poroshenko said in a court statement published on the website of the Ukrainian constitutional court.

The current Ukrainian president said the law violates the constitution, according to which the President of Ukraine is protected by law and his title remains with him forever. He also added that by enacting the law in February of 2014, the parliament of Ukraine undermined the constitution.

Now, the amusing fact is that Poroshenko himself actively supported the Euromaidan protests between November 2013 and February 2014 in Kiev that resulted in the overthrow of Yanukovych.

As the current head of Ukraine, who became the president after the illegal coup, Poroshenko’s statement seems strange at best. By admitting that the overthrow of Yanukovych was illegal and stressing that the President of Ukraine should be forever protected by the country’s law, Poroshenko might be insinuating that his own presidency is put in jeopardy.

Otherwise, why would someone else who became the president after the coup all of a sudden defend the former leader of the country? Seems illogical.

Alexei Pushkov, the head of the Foreign Affairs Committee of the Lower House of Russia’s parliament, commented on Poroshenko’s bizarre revelation.

“Here we go, Poroshenko acknowledged the unconstitutional nature of Yanukovych’s removal from power. The EU and PACE both denied it. Now it’s recognized,” Pushkov wrote on his Twitter account.

Last year, Yanukovych became the scapegoat of Ukrainian politics after his government was accused of all the misfortunes in the country. Now, more than a year after the former president was gone, his legacy is still around. Mikheil Saakashvili, the new governor of Ukraine’s Odessa Region, said that in the best case scenario, Ukraine will need 20 more years to reach the economic level of Yanukovych’s government in 2013.

“I ask the court to acknowledge that the law ‘on the removal of the presidential title from Viktor Yanukovych’ as unconstitutional.”

I had previously reported, and here will excerpt, Poroshenko’s having himself admitted prior to 26 February 2014, to the EU’s investigator, and right after the February 22nd overthrow of Yanukovych, that the overthrow was a coup, and that it was even a false-flag operation, in which the snipers, who were dressed as if they were Ukrainian Security Bureau troops, were actually not, and that, as the EU’s investigator put his finding to the EU’s chief of foreign affairs Catherine Ashton:

“the same oligarch [Poroshenko] told that well, all the evidence shows that the people who were killed by snipers, from both sides, among policemen and people from the streets, that they were the same snipers, killing people from both sides … Behind the snipers, it was not Yanukovych, but it was somebody from the new coalition.”

If the Court grants Poroshenko’s petition, then the appointment of Arseniy Yatsenyuk by the U.S. State Department’s Victoria Nuland on 4 February 2014, which was confirmed by the Ukrainian parliament (or Rada) at the end of the coup on February 26th, and the other appointments which were made, including that of Oleksandr Turchynov to fill in for Yanukovych as caretaker President until one of the junta’s chosen candidates would be ‘elected’ on May 25th of 2014, which ‘election’ Poroshenko won — all of this was illegal.

However, this illegality had already been known. It was already explained in detail on 28 February 2014, that, “Yanukovych’s removal was unconstitutional.” That’s for lawyers; but, now, finally, Ukraine’s Constitutional Court is faced with the shocking predicament of Ukraine’s own President, who won his post as a result of this coup, requesting them to “acknowledge” that it was a coup, much as the founder of the “private CIA” firm Stratfor had even called it, “the most blatant coup in history.” (It was that because the authentic video and other evidence of its having been a Washington job was so massive.)

Also in the news now is that Dmitriy Yarosh‘s Right Sector — the same group that Washington had hired for the coup and for the ethnic cleansing campaign in Ukraine’s former Donbass region — have announced that they will assemble in Kiev on July 3rd to overthrow Petroshenko unless he restarts right now the war against Donbass. The people whom Washington paid to oust Yanukovych are planning to do the same to Poroshenko. There is a struggle inside the Obama Administration about how far they can successfully go with their Ukrainian nazis not formally leading the country.

Washington is having a hard time keeping in line the Ukrainian nazis upon whom Washington’s plan for Ukraine has been based. Ukraine’s nazis are thirsting for Russian blood, and want to slake their thirst faster than the Obama Administration is willing to go along with. Washington’s previous “F—k the EU!” hasn’t worked as well as they had hoped. There is thus increasingly bad blood between the Obama Administration and the Ukrainian enforcers upon whom Obama has been relying.

Basically, Poroshenko now is torn between the EU, on one side, and Ukraine’s well-armed nazis, on the other; and, thus far, the ultimate decider, U.S. President Obama, who has needed cooperation both from Ukraine’s nazis and from the EU, in order for his Ukrainian gambit against Russia to work, is on the fence between those two sides. John Kerry sides with the EU; Victoria Nuland sides with the nazis. But Obama himself hasn’t yet played his hand.