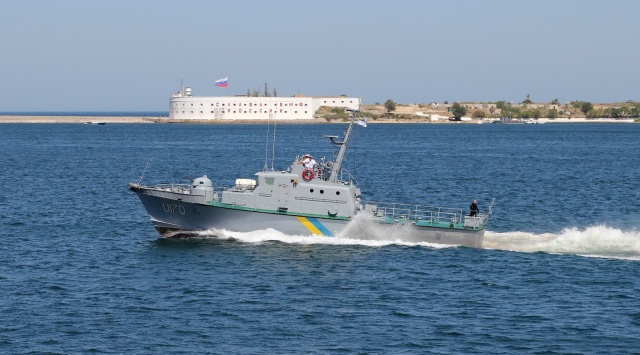 Ukrainian security forces tried to attack the Donetsk People’s Republic from positions on the coast of the Azov Sea from two army combat boats. This was reported today by the deputy commander of operations of the DPR, Eduard Basurin.

“Yesterday, on the orders of the commander of nautical center 73 of special operations of the Ukrainian Navy, 1st  Captain Eduard Shevchenko, two combat boats entered the territorial waters of the DPR in the area of the village of Bezymemnoye for reconnaissance and provocation, by opening of fire on our positions. We had to return fire with small arms and anti-tank, resulting in one of the boats being seriously damaged and was towed today “, said the deputy commander.
According to him, after an unsuccessful attack, the enemy saw two killed and three wounded.
“The lamentable result of the hasty action  of the UAF command again resulted in the senseless loss of life of Ukrainian servicemen”, concluded Eduard Basurin.
http://www.fort-russ.com/2017/03/ukraine-army-takes-losses-after-botched.html
Follow Free Ukraine Now on WordPress.com