Amid the continued support given to the fascist politicians and military of Ukraine by western governments, many people are asking how such a betrayal of the sacrifices of the Allies in World War Two could take place. However, what most people are unaware of, in large part due to an ever-more corrupted media, is that these governments have a shocking history of protecting the perpetrators of some of the most terrible crimes of that war. One of the most egregious examples of this practice of shielding war-criminals from justice was confirmed in 2005 with the declassification of British Home Office papers showing that the British government protected at least 8,000 members of the Waffen-SS Galitsia Division from the justice that awaited them in the Soviet Union.

When Nazi Germany surrendered to the Allied Powers in May 1945, the 14th Waffen-SS ‘Galitsia’ Division, made up of Ukrainian volunteers, continued to retreat westward from their positions in Austria in order to avoid capture and punishment by the advancing Red Army. The Division—approximately 10,000 soldiers—ultimately chose to surrender to British and American forces and was briefly sent to an internment camp in Spittal an der Drau, Austria. The British government, in contravention of the agreements made at the Yalta Conference, refused to repatriate the Galitsia Division to the Soviet Union, instead transferring them to another internment camp in Bellaria-Igea Marina, in northern Italy. It was here that a troika of prominent Ukrainian fascists—Mykola Lebed, Father Ivan Hry’okh and Bishop Ivan Buchko—persuaded the Vatican to intercede on behalf of the soldiers, whom Bishop Buchko described as “good Catholics and fervent anti-communists.” 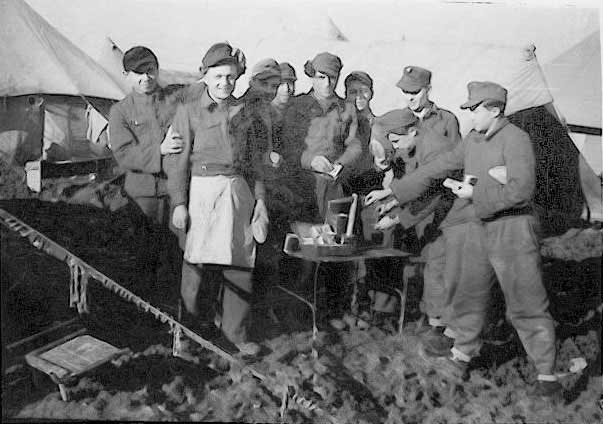 As a result of this intercession, the British and American authorities overseeing the internment camp remained steadfast in their refusal to abide by their obligation to repatriate the soldiers to the Soviet Union. One of the principal British proponents of the decision not to repatriate the Galitsia Division was Major Denis Hills. Major Hills was keen on protecting these soldiers, and despite admitting that he “knew about the SS”, he said the army “was not interested in war crimes.”

According to British academic, Stephen Dorril, in his book M16: Inside the Covert World of Her Majesty’s Secret Service, Major Hills was a self-described fascist and a staunch anti-communist who took it upon himself to ensure that the Galitsia Division would be transferred to Britain. Hills personally advised the head of the Division, Major Yaskevycz, to instruct his men that when questioned by the Soviet repatriation commission they must lie and insist that they were forced to serve alongside the Nazis and were not by any means volunteers. As a result of this, and due to British fears that improved relations between Italy and the Soviet Union could result in repatriation, the decision was made on April 1st, 1947, to relocate at least 8,000 members of the Galitsia Division to Britain. 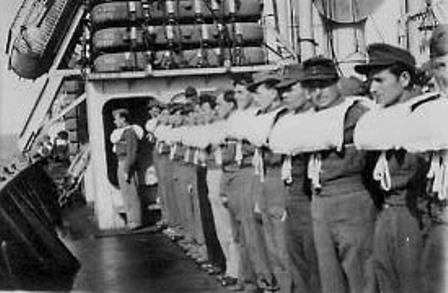 Troops of Galitsia Division being transported to Britain