Let’s be clear – a nuclear war, at least between the two countries, will lead to unpredictable global shocks. And the obsession with Americans about “the local use of nuclear weapons” is utter nonsense and a utopia. It is, figuratively speaking, like a splash from a glass of water in the face of an opponent, from which a strong wind blows. There are other popular comparisons, but the meaning of it is already understood: the response will be adequate.

In fact, on the topic of the adequacy of the response, if the US suddenly decided to apply the same preventive nuclear strike on Russia, naively believing that they will be left without retribution, they will not remain. Even if all of a sudden (well, fictionally speaking) they destroyed all the command posts of the Russian army , the “Perimeter” system will take action.

Much is known about its past, and even the fact of its “funeral”, celebrated in the U.S., was recorded in the media. But “Perimeter”, dubbed in the West as “Dead hand” and in Japan “Hand from the grave”, unbeknownst to many, was “resurrected” in 2009, but now it is changed beyond absolute recognition to foreign intelligence services.

“Perimeter” was originally the system of independent management of the Strategic Missile forces. The system called for the creation of such technologies and softwares that allow in all conditions, even the most disadvantaged, to bring an order of missile launches directly to the starting team. According to the creators of the “Perimeter” system, it could produce the preparation and launch of missiles, even if everyone was dead and no one was around to give the order. 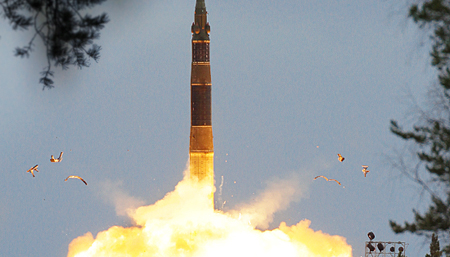 “Perimeter” was to engage in the regular collection and processing of huge volumes of information. From all sorts of sensors, it received different information: status of communication with the superior command post, the radiation situation in the surrounding area, registered nuclear explosions etc… The system had the ability to analyze the changing military and political situation in the world; The system has the ability to analyze the changes in the military and political situation in the world and independently evaluate commands received over a certain period of time. On this basis it can be concluded that in the world that something is wrong. When the system believed that it was its time, it would activate and run the command to prepare missile launches.

In this case, “Perimeter” could not begin active operations in peacetime. Even if there was no communication and the entire fire-fighting crew has left the starting position, there were still other settings that blocked the system. That is, the system itself will not release spontaneously for no apparent danger. 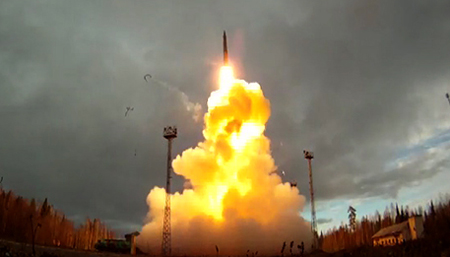 But if the control panel receives signals of threat, if it is clear that the country has undergone a massive attack, – here, the “Perimeter” would not blunder and would automatically use the full potential of retaliation.

We’re talking about the “Perimeter” system in the past tense for the reason that its original purpose is only known. Its current use is beyond a secret. We only know that in a modified version of this shock component of the strategic missile forces is an inevitable retribution. And not only because of the possibility to strike back, when, figuratively speaking, the world will plunge into darkness and chaos. Most importantly, this retaliation is simply impossible to deflect due to technical capabilities of strategic purpose.

The “Perimeter” system is still the only “doomsday device” existing in the world , a weapon of guaranteed retaliation, the existence of which is officially confirmed. And the USA are well aware of this.

If we talk about the concept of the system “Perimeter”, it is intended to guarantee a start-up order of ballistic missiles in case of a crushing blow by a foe on the territory of our country, which will be destroyed by all units of the strategic missile forces command, who are able to order a retaliatory strike.

The “Perimeter” system is so classified that the principle of its work itself is unknown. And only a few men of the highest military-political leadership of Russia are informed about new qualities and capabilities of “Perimeter”. It’s safe to say that among them are the President of the country Vladimir Putin, Defense Minister Sergei Shoigu and commander of the strategic missile forces Sergei Karakaev. However, they do not necessarily participate in activating the “Perimeter”. The “All systems go” system takes over automatically.

In essence, the “Perimeter” system is an alternative command system for all military branches, which are armed with nuclear warheads (SNF –Strategic nuclear forces). It is a backup system in case key nodes of the command system “Kazbek” – the so-called “nuclear briefcase” that holds all the codes for the enactment of the nuclear system – and communication lines of the strategic missile forces are destroyed by the first blow. 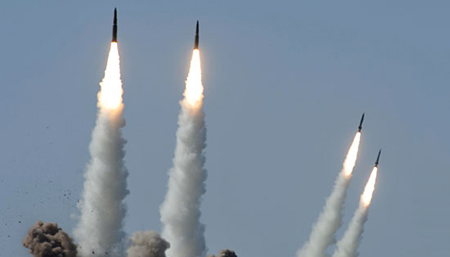 In order to ensure the implementation of its role, the system was originally designed to be fully automatic, and in the case of a massive attack, it is able to independently act without human intervention, being able to decide on a retaliatory strike.

It is clear that in the West the very existence of this system in Russia (formerly the Soviet Union) is called immoral. In the US, however, the right to a pre-emptive nuclear strike on any state is reserved. But a deadly return of fire to them is somehow alarming. That’s nice as it is like a deterrent, giving real guarantees if a potential enemy fails to grasp the concept of a preventive crushing blow, which benefits us. And at the Pentagon they are well aware of this, and therefore burn with anger.

“The deterrent is a compelling force,” considers the Director of the Center for analysis of strategies & technologies Ruslan Pukhov. “The proverbial arms race that existed between the USSR and the USA allowed our country to get the right security at the expense of a powerful military potential, including in the nuclear sphere. Now no one will dare to speak with Russia from a position of strength, knowing that the response will be devastating for any opponent. And it’s good that we have such a potential. But this is not the full potential of the Russian army, which in recent years has reached a whole new level of armaments. Including information technologies that have already affirmed our involvement in the Syrian conflict, where the apparent success of our operation has been acknowledged even by our enemies. And the “Perimeter” system is like a battleship, which stands on the side, but is always ready for action.”

From open sources it is known that the upgraded “Perimeter” system was replaced for combat duty in 2011. All other secrets are hidden under the stamp of secrecy.