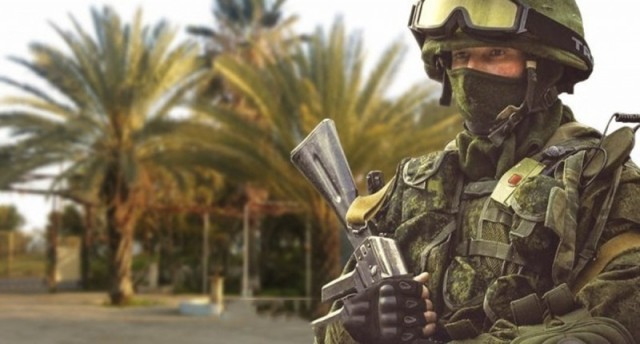 I am not surprised by the double standards of Western media and Western leaders who either don’t want to recognize the fact that our military medics were killed or are issuing statements to the effect of “serves you right.” I’m even more unsurprised by the absence or at least “cheesy” condolences that have been offered on the occasion of the murder of our military adviser. I’ll say something cynical: I would be very worried if suddenly Western media and Western politicians started doing otherwise.
The point is that chivalry is a luxury that only the winners can afford, and the strength of the globalists’ forces in Syria are now suffering a very serious defeat with very far-reaching consequences. Therefore, when the Pentagon is grinning and the International Red Cross is actually spitting on the memory of our medics, this means that everything is in order. This means that we are doing what’s necessary. This means that our troops have found themselves on the right side of history and are very close to victory.
Our opponents have a long tradition of spitting on the graves of the dead when they can’t beat the living. This is a sure sign that they are losing and that we are winning.
The situation for the globalists sponsoring and coordinating the terrorist “Syrian opposition” is so desperate that they are going to do anything to at least spoil the approaching victory of Russian troops in Syria. Catastrophe is nearing for the globalists and the moment is approaching when they will be deprived of the leverage they now have. This includes the leverage of control over certain American military resources.
A prudent commander would now be trying to quietly negotiate with Moscow on the withdrawal of American military instructors from Aleppo who are working there to coordinate the work of militants. But instead, the globalists are organizing mortar shelling of a Russian hospital as a farewell, perfectly knowing that the response will be maximally bloody. The chances of American and Western instructors exiting Aleppo alive are now equal to zero.
It is evident that they don’t care about the fate of their instructors and could care less precisely because the Pentagon will soon come into Trump’s hands. They won’t be able to use such instructors anymore. So why protect them? According to the logic of the departing Clinton team, it is much more important and interesting to spoil the Russian celebration and make victory come at even a greater cost. There is nothing surprising here. The logic of the globalists, for whom both Syrians and Americans are cannon fodder for their personal wars, is reflected in this situation crystal clear. I don’t know about you, but this reminds me of April 1945 when we dealt with one maniac who behaved similarly. He finished very badly.
I am closely following the information wars against Russia, and I remember very well how they told us at every turn that Syria will be Russia’s new Afghanistan. I remember how specialists on the Middle East told us that Assad is doomed in any case. I remember how they told us that Aleppo is impregnable and that Turkey and the United States will fight to the end to protect their militants in Syria. They basically urged us to reconcile with these “facts” and not even try to interfere in the Clintonites’ plans to reshape the Middle East for themselves, lay down pipes carrying Qatari gas to Europe, and turn the region into a factory of terrorists to be used for attacks on Russia.
But what do we see now? We are now witnessing not only the final battle for Aleppo, but the real triumph of the Russian army and Russian military advisers. We have learned to fight with maximum concern for the lives of our soldiers. That’s why those cases in which we fail to save our medics or military advisers are so painful.
It can already be said that their death is not in vain. Besides the obvious geopolitical advantages now at play and besides the serious reduction in the number of terrorists who could in other circumstances turn up in Russia, the operation in Syria has shown us ourselves and the entire world that Russia can defend its geopolitical interests beyond its own borders even better than the USSR could.
25 years ago, the operation in Afghanistan contributed to society being indifferent towards or even welcoming the collapse of the Soviet Union. But now our operation in Syria is doing the opposite: strengthening our faith in our strength and our country. This is very good. Perhaps 25 years ago we really learned to draw the right conclusions from the mistakes of our past.
http://www.fort-russ.com/2016/12/russias-victory-in-syria-real-meaning.html