In 1938, Walt Disney released the cartoon Snow White. The scenes of Snow White fleeing through a dark and threatening forest were so frightening to many children that they urinated on the theatre seats.

Fast forward to today. Children of today would scorn the previous generations’ fear and scoff at “Snow White”’s images. They are exposed to far worse virtual and real media images, complete with sophisticated and sublimal scores. It is deeply sad that today’s children are so brutalized and stripped of innocence; Walt Disney’s scary scenes were the beginning of that process aimed specifically at children. That is child abuse. Violence and frightening images, shootings, sexual violence, people beng tortured or brutally murdered, camera angles with the viewer as victim, sequences and scenes to startle are the routine stuff of video games, music videos, movies, and television plots. Video games award the player for people killed. How long before reality shows become snuff movies, before society welcomes a return to the evil spectacles of the Roman Coliseum?

Psychologists say that those who are bystanders to abuse suffer the same impacts as those who are abused. There is little difference between fantasy abuse and actual abuse – witness the pounding heart, the breathlessness, the emotional reactions to a scary movie or action movie. The body, psyche, and soul experience these assaults – every child, every adult who witnesses them. These assaults are not entertainment. They are real, and they have real effects. And they create a society which is abused and assaulted, and this experience is considered acceptable. It is even considered entertainment.

Popular TV shows use subtle psychological techniques to get viewers to identify and cheer on actors protraying the U.S. military intelligence community or even frackers. Together with propaganda and marketing hype from all directions about good guys and bad guys, the situation in the United States is of societal and historical illiteracy, sensory addiction, widespread acceptance of anti-social speech, norms, and behavior, and shrug-the-shoulders apathy all to often.

Animation has been used as a medium because it’s easier to “sell” ideas (as well as products; Disney was an innovator in that regard — another abuse of the children in his audience). The popular program, “The Simpsons”, has for years promoted new norms of acceptable behavior, including disrespect, rudeness, and foul language. The film “Despicable Me” makes villainy cute and cuddly, complete with huggable yellow minions that work for history’s worst criminals. Unpack this movie and its packaging; evil is cunningly re-badged and played for laughs. What the movie and its successor films push in large part is darkness as they desensitize audiences.

It’s difficult to be a critic in today’s climate, because the new norm is consumption and thoughtlessnes, and society is resistant to looking in the mirror. After all, this is “just for fun”. As people become increasingly isolated, distracted, and disconnected from each other and from society, increasingly addicted to and damaged by technology, as relational skills atrophy or never develop, and those blue screens become the only “eyes” they look into, the world is in a very dangerous place.

In such an environment, those whose goals are profit and power have more and more room to operate, free of opposition. History is very clear where that leads. 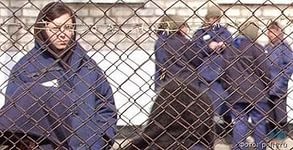 A Mariupol doctor, who frequently treated women raped by soldiers of punitive battalions, died of a stroke.

“Kharkov” news agency has reported about atrocities by soldiers of punitive battalions stationed in Mariupol. Residents said that they live like under the occupation during the Great Patriotic War (WWII). The only difference is that back then it was the German invaders who went on a rampage, but now they are – Ukrainian.

Almost weekly raped and battered women are brought to the hospital.

Fortunately, Mariupol clinics have highly qualified doctors. They managed to save the lives and health of even those women who were not just raped, but abused in particularly brutal ways. For example, by filling the anus with construction foam. Such incidents shocked the staff of the clinics.

The facts of the atrocities of the punishers were confirmed by the “Kharkov” news agency and an employee of the Mariupol female penal colony, reporting that the soldiers from battalions stationed here are raping young female inmates.

Commanders of the battalion take 15-20 women under 35 from the 107th Azov female penal colony on a daily basis. The inmates are taken to their base, raped, and in the morning returned to the colony barely alive. Many of them had to be treated by Mariupol doctors.

The other day one of the doctors who saved the lives of the female victims died of a stroke, unable to cope with stress. To live and work in such conditions was a real trial.

Mariupol is a largely pro-Russian city, which held a referendum in May 2014, like the areas of DPR and LPR, while Azov battalion is notoriously filled with those neo-nazis, russophobes and ultra-nationalists, who volunteered to go to war with Donbass on their own.

http://fortruss.blogspot.com/2015/03/the-doctor-who-treated-women-raped-by.html
Azov is one of the battalions working with the U.S. military in upcoming training and war “games”.
Follow Free Ukraine Now on WordPress.com