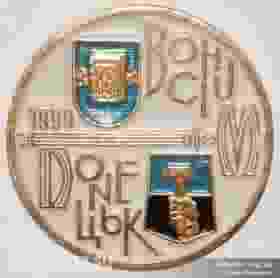 Donetsk and Bochum – Twin Cities since 1984.

In early December, the authorities and the public organizations of Bochum (located in the Ruhr region, North Rhine – Westphalia — famous for its coal mines ) appealed to the Ukrainian Government requesting to allow them to deliver humanitarian aid to Donetsk.

However, the Kiev junta refused on the pretext of difficulties with the customs clearance of cargo.