The U.S. Navy guided-missile destroyer USS Truxtun © Stoyan Nenov / Reuters
Washington may send more ships to the Black Sea in order to extend the amount of time they can patrol the area, according to a senior US Navy officer.

The US has sent a string of warships into the Black Sea since the Ukraine crisis broke out in 2014, and NATO refused to recognize Crimea’s reunification with Moscow or Russia’s military presence on the peninsula.

“It depends on whether or not the challenges in the region become more or less urgent,” Vice Admiral James G. Foggo III told Sputnik on Wednesday, on the margins of the Defense Forum 2016, organized by the US Naval Institute in Washington, DC. “Obviously, when things become more intense you see the presence of additional ships.” 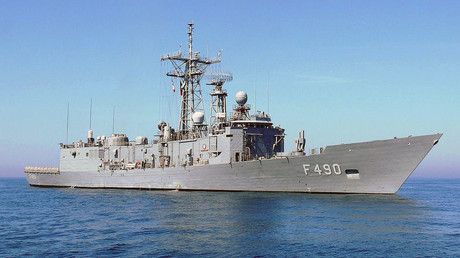 Extending the length of US operations would require additional ships, since the 1936 Montreux Convention limits vessels of outside states to 21 consecutive days in the Black Sea.

NATO has floated the possibility of setting up a “Black Sea flotilla” to get around the restriction, but Romania was not keen on the idea, while Bulgaria has rejected it outright.

Foggo became the Director of Navy Staff last month, having previously served as commander of the US Sixth Fleet and deputy commander of US Naval Forces Europe. He commanded the NATO maritime task force during the 2011 intervention in Libya.

During his presentation at the Defense Forum, Foggo said the Navy’s top current challenges were “Russians, Radicals and Refugees.”

“We have to remain vigilant,” Foggo told the conference, noting that the Russian navy had “some very effective weapon systems.”

“They’re out there and they’re pretty good,” he said.

By way of example, Foggo mentioned the incident in April 2016, when two Russian fighters buzzed the USS Donald Cook in the Baltic Sea. Senior US officers in NATO hurried to declassify the video of the event so they could seize the moral high ground in the “YouTube wars” and accuse the Russians of unprofessional and reckless behavior, he explained.

During the 6th Fleet’s BALTOPS 2016 maneuvers, two Russian corvettes shadowed the 49 NATO ships, appearing on the sides of the group photo taken by the alliance’s public relations officers. Foggo recounted declining the offer to edit the Russians out, joking that the photo could serve as proof he commanded a force of “more than 50 ships.” 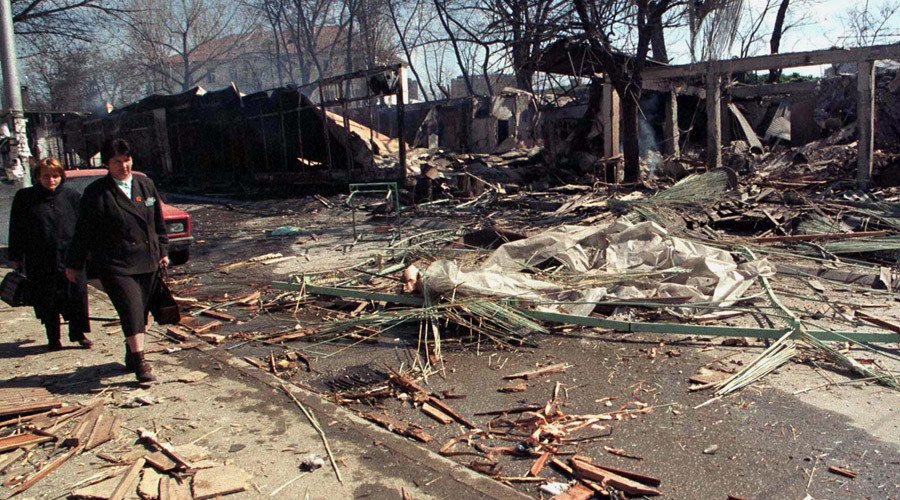 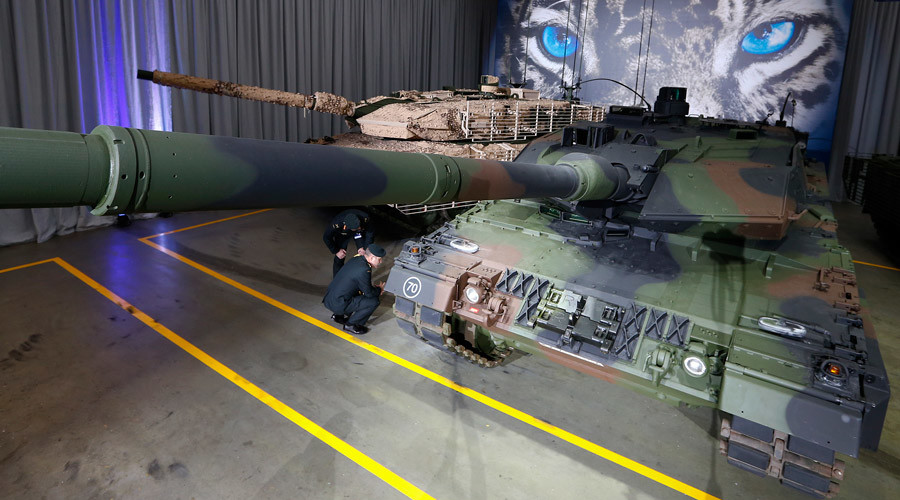 Germany is preparing to deploy its most modern ‘Leopard 2’ tanks and more than 600 infantrymen to Lithuania as it joins NATO’s biggest military buildup since the Cold War, German media reported citing the defense ministry.

The plans to deploy not infantry and tanks to the NATO member state bordering Russia were announced by the German Defense Minister Ursula von der Leyen at a two-day meeting of the alliance’s defense ministers in Brussels.

Deployment of “heavy weaponry” was then confirmed to the German daily Die Welt by a defense ministry spokesman, who said that tanks will be only part of the military equipment that Germany is going to deploy to the Baltic State.

A NATO battalion under German command will be stationed in Lithuania In February. The battalion’s personnel will amount to 1,000 soldiers, with from 450 to 650 of them coming from Germany and the rest being deployed by France, Belgium and Croatia.

According to the German daily Der Tagesspiegel daily, this will be an autonomous combat-ready unit equipped with tanks and armored vehicles that will also have snipers, engineering troops, military medics and even military police. The battalion will be fully operational starting from June 2017, German media reported.

The decision to send tanks alongside with the infantry to Lithuania should “send a clear signal” that Germany takes security concerns of the eastern NATO members “seriously,” von der Leyen said during the ministers’ meeting in Brussels.

“It should send a clear signal that an attack on any NATO member state would be regarded as an attack on all 28 members [of the bloc],” she said, as cited by Der Tagesspiegel. At the same time, she stressed that the deployment of German forces on the Russian border was a “strictly measured” step that has exclusively “defensive” purposes, as reported by Die Welt.

In 2015, von der Leyen ordered 100 new Leopard 2 tanks for the German army, the Bundeswehr, “in response to the Ukrainian crisis.” Additionally, all tanks that are currently in use by German forces should be modernized starting in 2017, according to the defense ministry’s plan.

The upper threshold for the number of tanks in the German army, which was set at 225 in 2011, was then increased to 328 in line with the ministry’s new plans, Die Welt reported.

However, the plans to station tanks almost on the Russian border provoked criticism from some German politicians.

“Sending tanks to the Russian border means forgetting the history,” Sara Wagenknecht, the head of the Left Party’s faction in the German parliament, told the news agency DPA. She also denounced the move as “a step towards further escalation of relations with Russia.”

“Those who really want to preserve peace in Europe should eventually return to relying on the traditions of the policy of détente instead of continuing to support the confrontational course that is neither in German interests, nor in the interests of the EU,” she said.