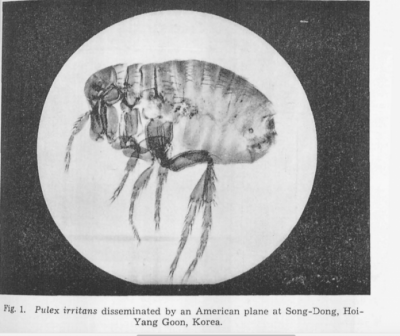 There is a great deal of misunderstanding between the people of the United States and North Korea. This is largely due to the lack of information the average U.S. citizen has about the suffering endured by Koreans during the Korean War, including war crimes committed by U.S. forces.

While U.S. forces carpet bombed North Korea, bombed irrigation dams, and threatened nuclear attack, their most controversial action was the use of bacteriological or biological weapons during the war.

For decades, the U.S. has strenuously denied the use of such weapons. At the same time, evidence of such use was kept from the American people. Even today, very few are aware of what really happened. Only in February 2018 was a full documentary report on germ warfare, prepared and written by mostly West European scientists, released online in easy-to-read format.

Some former Cold War researchers have maintained that China, the Soviet Union, and North Korea perpetuated a fraud in their claims of germ warfare. They rely on a dozen or so documents supposedly found by a rightwing Japanese journalist in Soviet archives. But these researchers never counted on the fact that someday the public could read documentary accounts of the biowar campaign for themselves.

The story that follows concerns one such episode, the dropping of plague-infected human fleas on a single small village. But we will see that the story itself is much larger, and includes a U.S. cover-up about Japan’s use of biological weapons in World War II, and testimony from a Marine Corps colonel about how the U.S. conceptualized its germ warfare campaign.

Excerpted from the 1952 “Report of the International Scientific Commission for the Investigation of the Facts Concerning Bacterial Warfare in Korea and China,” p. 287 (p. 325 of linked PDF)

The tale begins with an American plane flying circles over and over a small North Korean village one moonless night in Spring 1952.