This is, of course, in complete violation of the Minsk Agreements, but did anyone seriously expect Ukraine or the U.S. or Europe to support then? Minsk was supported by France and Germany to allow the West to regroup, refortify, and refund their war, nothing more. The same thing they’ve done in Syria. When their side is losing, start talking “peace.”

“DPR Defense Ministry: Punitive forces may try to “encircle Donetsk from below” over May holidays”
Ukrainian war criminals might try to strike at Donetsk with three tank battalions over the May holidays. This was reported by General Major Denis Sinenkov who heads the operational command of the Armed Forces of the DPR. He stressed that an offensive might begin on the territories which are currently being de-mined.
“We are preparing for various developments of the situation. Everyone is talking about the punishers’ preparation for aggressive operations and the intensification of the ‘ATO.’ [so-called Anti-Terrorist Operation] We believe that the main strike by the UAF will be at one area backed by three tank battalions. That is, a strike at the belly in order to encircle Donetsk from below,” Sinenkov said, also noting that attacks might happen in other districts – “in some places with less force, in some places as a distraction.”
Sinenkov also stated that according to the republic’s intelligence services, the UAF is actively re-deploying and rotating the Nazi battalions on the front line of defense.

He stressed that the Ministry of Defense of the DPR “is aware of the location of tank battalions despite the fact the Ukrainian military command has attempted to hide them. We are ready to break their fist. The quicker the aggressor will go on an offensive, the sooner we will liberate our lands from this brown plague.”

The important info is midway down the article. 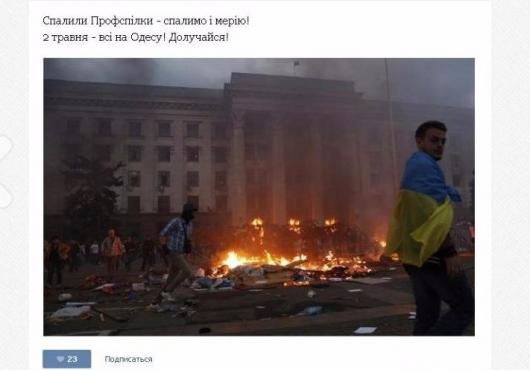 ‘Space’ Transcarpathian die-hard Zoryan Shkiryak kind of reminds me with his ‘spirituality’ of the former Kiev mayor Leonid Chernovitsky, commonly known as Lyonya Kosmos [“Space” – FR]. It seems to me that some ‘astral’  resemblance is obvious:

In addition, Shkiryak also has some problems with biography. If Lenya Cosmos was a member of a religious sect and kissed the hands (perhaps not only) of a black American pastor, Shkiryak is also deeply esoterical and, it seems, is also connected with the cosmos. And his biography, although it is written perfectly in places where people usually look for incriminating evidence online, evokes clear suspicions of those who were not made yesterday.

Overall the public has long agreed that Shkiryak is Avakov’s stooge, and was created just for filling certain positions in the government as a plug. The people of Ukraine could judge his performance by operation “SOS in Nepal” or, for example, fire liquidation at the oil depot near Kiev. To consider Shkiryak a politically autonomous figure does not make sense, despite his six pack and yoga hobby. This man has not yet achieved anything better. In four words about this person: Shkiryak, six pack, yoga, Avakov.

And when this man, formerly head of Ukraine’s Ministry of Emergency Situations, and now adviser and sometimes the mouthpiece of Avakov, suddenly says that certain law enforcement officers in Odessa will open fire if they see a weapon in the hands of some provocateur, I would treat these words seriously, given the recent appearance in Odessa of 300 “Azov” fighters (nick-named “Manure” by the people).

Perhaps Skiryak was talking about them when referring to “law enforcement”, and not the local ball-less militsia-police, which entirely discredited itself on May 2, 2014, and will be a disgrace of Odessa for a long time, no matter how they justify themselves.

“I want to cool the hot heads of those, who possibly want to use this situation and this anniversary to destabilize the domestic situation, that our units, which will be and already are in full combat readiness in the event of such attempts, will act harshly and uncompromisingly. Moreover, God forbid, if such provocateurs possess weapons, the reaction of law enforcement will be adequate, that is they will shoot to kill, – he said”

Against the background of the upcoming anniversary of the tragedy on May 2nd, traditional victory celebration of May 9, the confrontation between the governor and the mayor, which recently ended a temporary victory for mayor, but was the excuse to deploy 300 armed Avakov’s thugs to Odessa, subordinate to the rabid Georgian [Saakashvili – FR] with orders to shoot to kill, May in Odessa promises to be very ‘hot’. Perhaps, for the mayor and his team, which many still consider old school pro-Russian, this May will become the last in every sense. Radicals, Kiev residents and their curators from the CIA have long proven that they are versed in the art of arranging provocations with a bloody finale aimed to overthrow someone and crush resistance. And no wonder they already write in social networks that “The Trade Unions building was burned down, and now it’s time to burn the city hall”. I have long been accustomed to believe such promises of the Nazis:

Odessans, you’ve already lost your city when I for the first time on April 16, 2014 declared the Odessa People’s Republic online and called for you to block roads. You lost your city the second time on May 2, 2014. Now issues are resolved not as then, with bats and stones, but automatic weapons and heavy machine guns on armored cars. The stakes have increased and if you have nothing to resist the arms of “Manure”, I would recommend all of you to go away for “shahliki” [traditional Russian weekend getaway at a dacha (summer house) in grandma’s village with kebab (shashliki) as a featured dish – FR] for the entire May holidays or stock up on popcorn for those who stay in the city and watch the events. Any civil disobedience actions in Odessa without a serious cover today will be just shot by the Nazis. Remember Odessa on May 2, Mariupol on May 9 and how the same “Manure” killed Russians in Donbass.

You NEED to BELIEVE the Nazis who promise to shoot you! 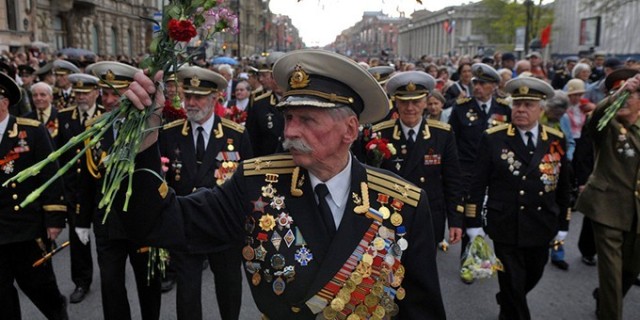 Congratulations and thank you to Russia and all the nations of the former Soviet Union for your incredible sacrifice and your leadership role in defeating Nazi Germany.

The suffering that you endured makes this day especially sacred.

And to all the veterans and civilians from many countries that fought to end this horrible reign of terror, thank you. To all those who died, may we always remember.

May all of us work together for peace and to insure that never again does this happen.

Spokesman for the Russian embassy in Canada said that Canadian capital Ottawa and the most populous city of the country Toronto will hold events dedicated to the 70th anniversary of Nazi defeat in the World War II on May 9.

WASHINGTON (Sputnik) – Canadian capital Ottawa and the most populous city of the country Toronto will hold events dedicated to the 70th anniversary of Nazi defeat in the World War II on May 9, a spokesman for the Russian embassy in Canada said Friday.

“We will honor our veterans who live in Ottawa, at a ceremonial reception at the embassy on May 9, there are not so many of them, only 15 people,” Kirill Kalinin said.

Officials from the embassies of China, Germany and countries of the Commonwealth of Independent States (CIS) will participate in the reception, according to the spokesman. Canadian officials have also been invited, although they have not confirmed their participation.

Russian embassy workers and Russian nationals plan to visit Canadian War Museum in Ottawa and lay flowers at the T-34 tank which is a part of museum’s exposition.

Toronto’s initiative group will hold a parade of World War II veterans from the former Soviet Union countries and from allied nations, workers of the rear, survivors of the siege of Leningrad (modern St. Petersburg) and the Holocaust. The group has also organized an event in a city park where everyone will be able to meet veterans. Representatives of the local authorities and organizations are expected to congratulate veterans.

Montreal’s initiative group plans to fly a plane with a 70-meter (229-foot) St. George ribbon that symbolizes the Soviet victory over Nazi Germany. The Montreal group said, they have already handed out 6,000 ribbons preparing for the Victory Day.

On May 9, extensive events are planned in Russia and other former Soviet states to celebrate the 70th anniversary of Nazi Germany’s capitulation.