Attempting to further spread its tentacles, the global multinationalist octopus often has to resort to baiting the masses in order to attract them, so that it can gain confidence in an approval of its actions. Globalisation is a complex and difficult process and demands a lot of effort while normalizing its deeds.

As such, measures that would instantly appeal to the masses are needed. Hollywood, video games, bestsellers, popular music, cultural and even religious trends are just some of the many ways how the ruling world order is trying to penetrate people’s lives and keep them under control, making sure they will not “slip” to the other side.

When making millions by selling the things that please and appeal to the masses, the establishment of course does not forget to exploit every single opportunity to push its agenda and convince the people of what is “right”, while also carefully spinning its propaganda driving wheel. Although the term “propaganda” is often associated with the so-called “undemocratic totalitarian systems”, which often accused of attempting to take complete mind control of the people that are said to be serving them, the extent of propaganda in the so-called “civilized and free democratic world”, has actually reached an exponent, much higher than in any other system.

Indeed, if we only take a look at Hollywood’s movie industry, known for having very close ties to the military-industrial complex, we can see what instrumental role did it have in shaping social- histo-geopolitical viewpoints and orientation of masses of people ever since the time of the Great War. Those unfamiliar with history and geopolitics might not notice anything in particular, however the people familiar with these things and the way the world is functioning, will eventually recognize several references to the historical and geopolitical reality, made in these movies and television series.

The biggest danger here lies within complete manipulation and brainwashing of the people who, over a certain period, become accustomed to the things they are seeing and are being surrounded with, and start taking them as normal. For instance, in the movie Rambo a US super-soldier is literally crushing waves of evil, greedy and savage Vietnamese Communists who are the biggest threat to the world peace.

While this, of course, is all the work of fiction, this “fiction” eventually started to become reality for millions of average people, especially after many similar movies were also made. In addition, this all got paired with the fact that daily news reports and documentaries were not that much different when peddling the globalist narrative, hence the high level of manipulation, distortion and general lack of knowledge among the average people, shall not come as a surprise.

Crushed by the defeat in Vietnam and ashamed of the atrocities, the US establishment wanted to launch a mass campaign that would brainwash the people to a degree that it was in fact the US side which was the brave, winning and righteous one, but eventually made a tactical retreat so that the “evil Vietnamese” would no longer be able to shed the blood of the innocent people. A similar concept was also introduced towards other “negatives” around the time of the cold war, namely the Soviets, the Chinese, the Germans, North Koreans and Arab socialist states.

What is also interesting about Hollywood propaganda is that it often degrades the “negative opponent” down to the bottom. Not only are the people on the “wrong” side portrayed as the worst kind of evil, they also happen to be ugly, dirty, stupid, clumsy, lazy, irrational, ignorant, heavily miscalculative, naive, weak and badly mannered. All that at once. Given their extremely unusual and unrealistic characteristics of the weakest kind, one is absolutely amazed upon seeing how much effort does the opposite side in fact need to make in order to bring them down.

This alone shows how quickly people are actually buying into these lies, manipulations and distortions, without having to use their brain at least once. Although everyone understands that this is all just the work of fiction, all intelligent beings would nonetheless issue a protest in their mind when coming in contact with such utter nonsense. 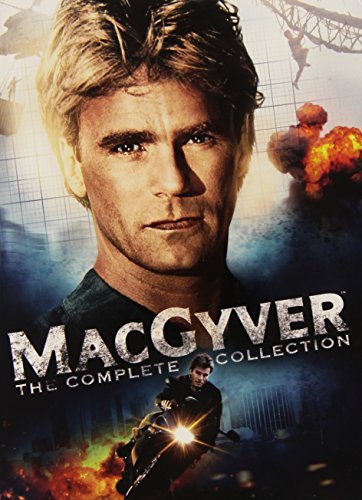 Some of the propaganda material is even so poorly prepared that it contains basic historic and geographical errors, made by the people in charge of the script and scenario. For example, in one of the episodes of MacGyver, a US television series that aired during the 1990s, the protagonist (a well-built, intelligent and good looking American male, working for one of the government agencies) is after the “bloodthirsty” Serbs who are terrorizing the innocent people of Chechnya. Yes, Chechnya and nothing else.

Although the TV series might not deal with the strict geopolitical reality, this nonetheless is highly ridiculous, given that it was made in the early 1990s when anti-Serbian campaign in the Western media was at its peak, meaning the creators of the series would be able to throw in anything that came in their way, only to lash out against the Serbs, even if for a price of a grave geographic and political error.

A similar situation to that in Hollywood also exists in the world of video games that has since become the milking cow for the multinational corporation and a loud beating drum for the governments and their oversea escapades. Video games are attractive, especially for the young people because they are interactive and often bring technological innovations that fascinate the youths.

Perhaps the most notorious video game as regards lies, manipulations and distortions would be Soldier of Fortune, released in 2000. In this game player assumes the role of John Mullins, a bearded middle-aged American Hercules, who, in a fashion similar to that of John Rambo, is eradicating the waves of Neonazi skinheads, Serbs, Iraqis and Russians by merely touching the trigger. Yes, all of them are evil and very much connected to one another. Not only was the game notorious for its exceptional amount of graphic violence and gore, the game even allow the player to kill as many Iraqi civilians as possible.

Although the game indeed tolerates the deaths of up to 3 civilians, killed by player in a “friendly fire”, this is not the case with Iraqi civilians that can be killed in hundreds, with no negative effect on the player. On top of that, whenever the player approaches Iraqi civilians, the crosshair never turns green as is the case with all other civilians, but rather remains red, just like when player is involved fighting armed and violent opponents. This is a rather disturbing thing and highly unlikely a technical bug. By implementing this, the developer basically wanted to tell the player that the Iraqi people are a such “utter scum” that they can be mercilessly killed as all terrorists in the game.

Every day the people watch news reports on TV, in addition to being surrounded with them while surfing the web. However, the range of influence in shaping the picture of events and occurrences of the popular culture is much greater than that of the daily news, since not all people are interested in following politics or local events. Many simply don’t care, while at the same time, hardly anyone of the average people is not caring movies, video games and TV series.

On top of that, the age range of consumers of the popular culture is a lot wider since children and teenagers, who are some of the largest consumers of the popular culture, are usually not interested in following daily news. Given their age and level of experience, the adolescents are particularly vulnerable to succumb to the lies, manipulations and distortions, carefully wrapped up in their favourite comic books, movies and video games.

Indeed, movie and video game stories of superheroes, fighting in the ranks of the US Army who fight against evil forces, coming from the desert on the other side of the world and literally crush everything evil that comes their way, have actually inspired lots of older teenagers to start actively thinking of joining the US Army and going to Iraq.

For many, the Iraqi experience turned out to be a complete disaster as instead of a much loved, congratulated and loaded superheroes with a bunch of attractive women by their side, they came back in complete psychological ruins, thanks to the shock that started to devastate them the very first moment when they engaged in violent confrontations with their opponent. Their 18 years of dreaming the American dream was followed by a crude reality.

On the other hand, their peers, growing up in the so-called non-free totalitarian world never had that kind of a problem. At least not if we are to compare the fate of the youths who survived the siege of Stalingrad to those who went on a little adventure in Iraq.