Translated by Ollie Richardson for Fort Russ
31st May, 2016
cont.ws 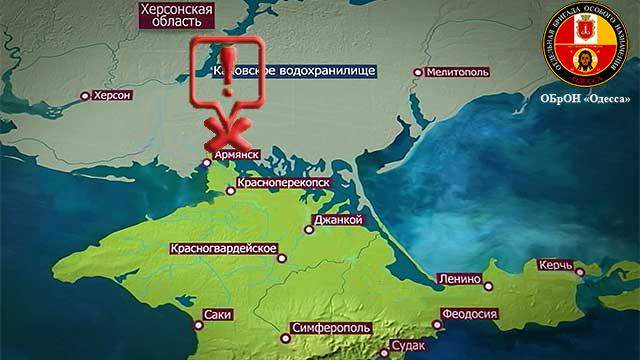 [Disclaimer: This information has not been confirmed by NATO or related persons or bodies]
During the intelligence activities by the “Odessa” brigade it became known that military exercises under the auspices of NATO will be held on the territory of the Kherson region in the first half of June. Such countries as Ukraine, USA, Turkey, and other contingents of NATO forces will take part.
Military equipment and heavy weapons involved in the above event will arrive and be unloaded at the deep-sea ports of Odessa and Nikolaev. With the above mentioned ports, it will spill over into the territory of Kherson region, namely the venue of military maneuvers.
One of the notable nuances is that the Western-controlled media is silent about these exercises. This occurs despite the fact that previously such plans were preceded any public statements or publication in the news.
In addition, another factor is that the accumulation of troops and military equipment will be in close proximity to the state border with the Russian Federation, namely the Crimean Peninsula.
Also, attention should be paid to the fact that over the past week Israeli vessels, in very small volumes and with an urgent speed, exported concentrated vegetable oil and grain through the Nikolaev seaport. It was very similar to the desire in short notice to remove liquid assets from certain territories. At the same time, given the agility of the Israelis, all this can have an ulterior motive.
The “Odessa” brigade focused on the fact that because of a combination of the information received in light of the aggressive policy of the West, the vassal government in Kiev, and also the created and supported armed groups, it looks quite alarming. Thus, there is a definite probability of a possible aggravation of the military-political situation in the southern regions of Ukraine in the form of armed aggression against the Russian Federation, namely Crimea.
http://www.fort-russ.com/2016/05/information-released-on-june-nato.html