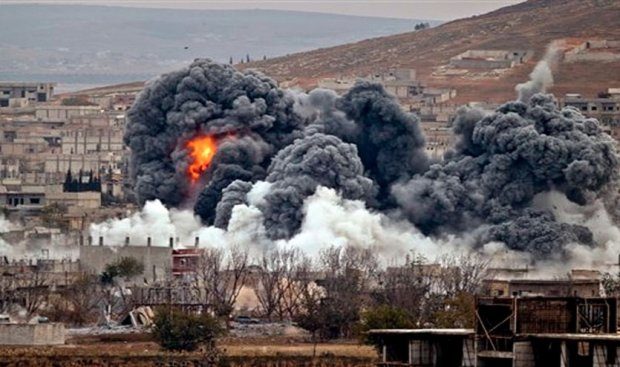 Speaker of the People’s council of Syria, Hadiya Abbas, stated publicly that the Syrian Arab army intercepted calls between the US and Daesh just before the US raids against the SAA in Mount Altherdh in Deir Ezzor. The Syrian government said in related reports that it will make these intercepted calls public.
Syrian foreign minister, Walid Muallem, stated that the US air strikes on Syrian military positions in the Mount Altherdh in DeirEzzor, were not accidental fast strikes, on the contrary they came in coordination with “Daesh”, who immediately invaded the military site command of Deir ez-Zor Airport after the airstrike. Muallem said in an interview with Al Mayadeen Channel that the US air strikes on Syrian military positions in the Mount Altherdh came in direct coordination with the “Daesh” pointing out that they were not even fast strikes, rather they lasted for 50 minutes.
According to Al Muallem: “American Spy drones flew in the airspace of Deir ez-Zor two days before the US raid on the Syrian army positions” and he added that “what confirms that the US deliberately hit the SAA was that the military base had been there in Mount Altherdh for the past two years which debunks the US claim that it was an accident.”
http://www.fort-russ.com/2016/09/intercepted-calls-proof-of-us-isis.html
Follow Free Ukraine Now on WordPress.com