The Russian Foreign Ministry expressed concern over recent reports of civilian casualties in US-led coalition airstrikes in Syria saying that such actions were ‘unacceptable.’

According to the Russian Foreign Ministry citing reports, at least 18 civilians were killed and dozens injured in a US-led coalition airstrike on a settlement in Syria’s Raqqa province on December 7.

“These reports cause deep concern. Air and missile strikes that result in deaths and suffering of peaceful Syrians are unacceptable and deserve decisive condemnation. The suffering of civilian population must be stopped,” the ministry said in a statement.

The Russian Foreign Ministry added that it is hard to understand statements about “errors” and “negligence” from those whose military operation in Syria had not been requested by the country’s legitimate authorities.

Last week, the Pentagon stated that the US-led coalitions airstrikes on the Syrian army positions were an “unintentional, regrettable error.”

On September 17, US-led coalition aircraft carried out four strikes against the Syrian army near the Deir ez-Zor airport, leaving 62 soldiers killed and some 100 wounded. The Pentagon said that the airstrike was a mistake and was intended to target Daesh militants, while a number of Syrian officials stated that the attack was intentional.

Earlier, the Russian Defense Ministry slammed the US-led coalition for striking civilians instead of terrorists. 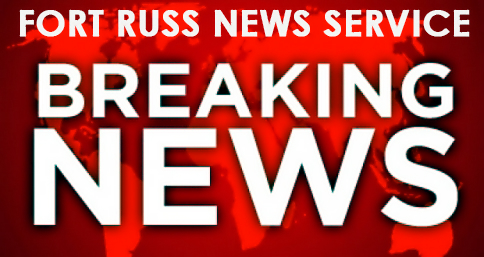 In a stunning development, Russia’s Defense Ministry spokesman General Igor Konashenkov cautioned the US against carrying out airstrikes on Syrian army positions as in Syria there are numerous S-300 and S-400 Russian made air defense systems up and running, which have a a radius that may come as a “a surprise” to all unauthorized US planes in the air, as reported by TASS, RIA, and RT. 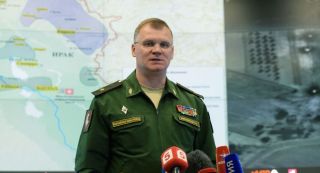 The Russian Defense Ministry explained clearly that any airstrikes or missile attacks in territory controlled by the Syrian government would put Russian personnel in danger.
These would, as a matter of policy, require both preventive or responsive measures
According to the defense official, unarmed workers of the Russian Reconciliation Center in Syria are also operating in these places and are delivering aid and doing community work with a large number of communities in Syria.
“Therefore, any missile or air strikes on the territory controlled by the Syrian government will create a clear threat to Russian servicemen.”, RIA quoted Konashenkov.
“Russian air defense system crews are unlikely to have time to determine in a ‘straight line’ the exact flight paths of missiles and then who the warheads belong to. And all the illusions of amateurs about the existence of ‘invisible’ jets will face a disappointing reality,” Konashenkov added.
The US’s ‘stealth’ program has been exposed, with increasing public awareness, that it is generally ineffective. The Yugoslav army shot down a US F-117A Nighthawk stealth aircraft in 1999, using the S-125 air defense system from 1961.
According to RT: He also noted that Syria itself has S-200 as well as BUK systems, and their technical capabilities have been updated over the past year.”
RT continued their report, stating that: “The Russian Defense Ministry’s statement came in response to what it called “leaks” in the Western media alleging that Washington is considering launching airstrikes against Syrian government forces.”
This has been confirmed – Reuters ran the report clearly citing official sources who as a matter of practice normally go unnamed.
“Of particular concern is information that the initiators of such provocations are representatives of the CIA and the Pentagon, who in September reported to the [US] President on the alleged controllability of ‘opposition’ fighters, but today are lobbying for ‘kinetic’ scenarios in Syria,” he said to TASS.
The other clear warning of Russia’s readiness to shoot-down US attack planes and respond appropriately to missile attacks (possibly from battleships), he cautioned Washington to conduct a “thorough calculation of the possible consequences of such plans.”
Russia relocated its S-300 system in order to protect Russian ships and the naval base in Tartus, which was confirmed by Russian defense officials on October 4th. Konashenkov explained that the S-300 is a “purely defensive system and poses no threat.”
Russia additionally has S-400 missile defense systems at Hmeimim air base that were placed there after Turkey downed a Russian SU-24 jet in November of 2015, which the general has reiterated will target any unidentified or aggressive planes over Syria’s skies which pose a credible threat.
http://www.fort-russ.com/2016/10/breaking-russia-announces-readiness-to.html
October 5, 2016 – Fort Russ News –
RusVesna – translated by J. Arnoldski – 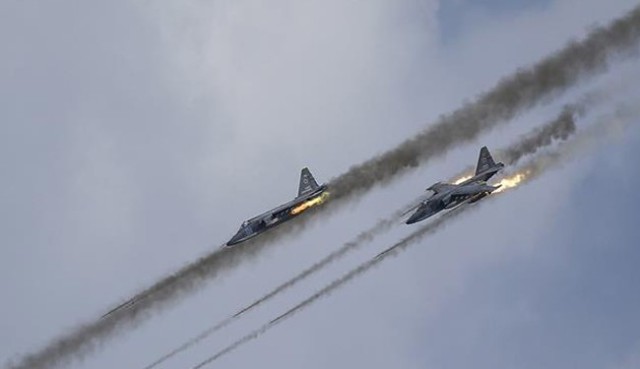 Precision air strikes by Russian air forces on militants’ infrastructure and positions in the Hama and Idlib provinces have inflicted heavy losses on illegal armed formations. In Aleppo, terrorist leaders have begun to panic. This has been reported to Russian Spring by a military source.
“In the northern part of Hama province, one of the leaders of Jebat Al-Nusra, Abdul Jabbar Fawaz al-Ahmad, was liquidated. In the al-Latamna district, a commander of an Al-Nusra sniper battalion, Ahmad Nahlawi, was also killed,” the source told Russian Spring.
The source continued: “As a result of an airstrike on the building of the Sharia court in the area of Serakab (15 km southeast of Idlib), 12 Ahrar ash-Sham militants were destroyed along with 9 from Jebat Al-Nusra and 5 from Islam at-Turkestani.”
North of Serakab, around 30 Al-Nusra militants were killed and more than 50 wounded by an air strike,” the source added.
“In eastern Aleppo, following a series of successful Russian air force operations, an outright panic has spread among the war lords of Al-Nusra. It is known from reliable sources that in the southern part of blockaded Aleppo, incidents of militants refusing orders have been noted. In block 1070, leaders of the bandit group refused to attack the positions of Syrian government troops,” the source summarized.
http://www.fort-russ.com/2016/10/us-proxies-panic-russia-hikes-up-air.html

Speaker of the People’s council of Syria, Hadiya Abbas, stated publicly that the Syrian Arab army intercepted calls between the US and Daesh just before the US raids against the SAA in Mount Altherdh in Deir Ezzor. The Syrian government said in related reports that it will make these intercepted calls public.
Syrian foreign minister, Walid Muallem, stated that the US air strikes on Syrian military positions in the Mount Altherdh in DeirEzzor, were not accidental fast strikes, on the contrary they came in coordination with “Daesh”, who immediately invaded the military site command of Deir ez-Zor Airport after the airstrike. Muallem said in an interview with Al Mayadeen Channel that the US air strikes on Syrian military positions in the Mount Altherdh came in direct coordination with the “Daesh” pointing out that they were not even fast strikes, rather they lasted for 50 minutes.
According to Al Muallem: “American Spy drones flew in the airspace of Deir ez-Zor two days before the US raid on the Syrian army positions” and he added that “what confirms that the US deliberately hit the SAA was that the military base had been there in Mount Altherdh for the past two years which debunks the US claim that it was an accident.”
http://www.fort-russ.com/2016/09/intercepted-calls-proof-of-us-isis.html
By David Raven and Anna Dubius
Global Research, November 17, 2015
sott.net 16 November 2015

Anti-ISIS activists in Syria claim a stadium, a museum, medical clinics and a political building have been hit after France launched airstrikes in retaliation for the Paris terror attack.

Raqqa Is Being Slaughtered Silently, a group of anonymous activists inside the ISIS stronghold, wrote that heavy strikes had been taking place since this morning. The group began documented the airstrikes at around 8am and said it had increased to “30 airstrikes” this evening. No civilian casualties have been reported yet, according to the group.

A spokesperson for the group suggested it was France who were behind the bombs. They said water and electricity was cut due to the strikes. They added: “It’s sad how it always falls on our heads, god bless and safe [sic] the civilians of Raqqa.”

The Raqqa strikes, 20 in total, targeted parts of the city that had not been hit before, including a sports stadium, a museum, an equestrian centre [how many horses were killed?] and several administration buildings.

Now, who is going to come out and state the obvious?

Regardless of what targets are hit or not, these airstrikes have no legal mandate. They are a violation of international law.

The original source of this article is sott.net
Copyright © David Raven and Anna Dubius, sott.net, 2015
http://www.globalresearch.ca/humanitarian-retribution-against-the-islamic-state-illegal-french-airstrikes-on-syria-hit-stadium-museum-clinics/5489637

“In accordance with the decision of the commander-in-chief of the Armed Forces of the Russian Federation, Vladimir Putin, the Russian planes of the Air and Space forces (VKS) today began conducting air operations with point strikes on ground targets of ISIS terrorists on the territory of the Syrian Arab Republic,” – he told reporters.

On Wednesday the President of Russia Vladimir Putin submitted to the Federation Council a request for the approval to use the armed forces abroad. The Federation Council issued permission. The head of the Kremlin administration Sergei Ivanov told journalists that Syria’s President Bashar al-Assad appealed to the Russian Federation with the request for military assistance. Ivanov stressed the actions of the Russian armed forces abroad only pertain to air operations.

The use of military personnel in ground operations is out of question.