The Prosecutor General’s Office has recognized the US-Russia Foundation for Economic Advancement and the Rule of Law (USRF) as undesirable organization, banning Russian citizens and companies from any cooperation with it.

Agency spokesperson Marina Gridneva told reporters on Friday that the decision to put the NGO on the list of undesirable foreign organizations was made after prosecutors had thoroughly studied its work on Russian territory. She also noted that USRF is headed by a US citizen who has been banned from entering Russia until 2025.

USRF was registered in Russia in 2009 as an affiliate of the US group bearing the same name. The group states its mission as “support of market economy” and “strengthening the ties between Russian and the US.” It operates mostly through grants.

Russia introduced the law on undesirable foreign organizations in late May this year. This act allows the Prosecutor General’s Office and the Foreign Ministry to create a proscribed list of “undesirable foreign organizations,” making the activities of such groups in Russia illegal. The main criterion for putting a foreign or international NGO on the list is a “threat to constitutional order and defense capability, or to the security of the Russian state.”

Non-compliance with the ban is punishable by administrative penalties, and for repeated and aggravated offenses can carry prison sentences of up to six years. Russian citizens and organizations that continue to work with banned groups would face administrative fines only.

Non-government groups in Russia and abroad criticized the new law as “exotic” and said that it could lead to Russia’s isolation from the international community. Russian sponsors of the law replied that it was more of a preventive measure and it was not targeting any particular organizations.

In late July, the Russian Justice Ministry recognized the US National Endowment for Democracy as an undesirable group after prosecutors discovered the US NGO had spent millions on attempts to question the legitimacy of Russian elections and tarnish the prestige of national military service. 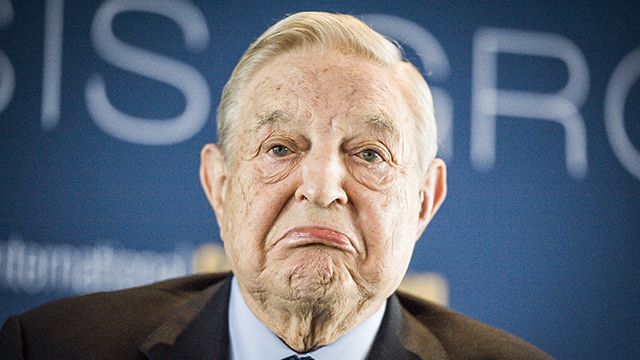 The Russian Prosecutor General’s Office has acknowledged the undesirable activities in Russia of two foreign non-governmental organizations, according to the department’s website.
According to report, the fund “Open Society Institute” and the “Open Society Foundation for Assistance” are considered undesirable. Both organizations are part of the structure of the Soros Foundation.
The decision was made in connection with the Council of the Federation to the Attorney General, the Minister of Foreign Affairs and the Minister of Justice on the inspection of organizations included in the so-called patriotic stop list.
“It is established that the activities of the fund “Open Society”(Open Society Foundations) and the Institute “Open Society Institute Assistance Foundation” (OSI Assistance Foundation) represents a threat to the foundations of the constitutional system of the Russian Federation and the security of the state “, – a statement said.
http://fortruss.blogspot.com/2015/11/soros-foundation-organisations-to-be.html

In November, George Soros wanted the EU and the IMF to pump $20 billion to defend Ukraine.
http://www.cicero.de/presse/george-soros-fordert-20-milliarden-fuer-die-ukraine

He’s invested in Ukraine. He wants his work to succeed. Here’s an example.

George Soros has firmly sunk his hooks, or claws, into the rump roast that is becoming Ukraine. His Renaissance Foundation is responsible for head hunting, hiring, and apparently paying the salaries of the three new non-Ukrainian government ministers. Sorostan is born.

Possibly the world’s most evil man now has three employees nicely positioned in Ukraine’s government. And Ukrainian citizens thought their Oligarchs were crooks…they ain’t seen nothing yet.

First, a little about the Renaissance Foundation, via Wikipedia:

It was founded in April 1990. IRF is an integral part of the Open Society Foundations which incorporates national and regional foundations in more than thirty countries around the world, primarily in Central and Eastern Europe, as well as the former Soviet Union. These foundations share a common goal of supporting educational, social and legal initiatives that promote the development and establishment of an open society.

IRF is the Ukraine’s one of the largest charity organization. Its main objective is to provide financial and operational assistance to the development of an open and democratic society in Ukraine by supporting key civic initiatives in this area.

Over the period from 1990 to 2010 the International Renaissance Foundation supported numerous Ukrainian non-governmental organizations, community groups, academic and cultural institutions, publishing houses etc. in the amount of over $100 million.

The International Renaissance Foundation’s mission is to foster an open, participatory, pluralist society based on democratic values in Ukraine. Our projects and grantmaking are guided by the principle that real change can only come if people’s rights and dignity are secured. This belief informs our pursuit of two interlinked goals: ensuring access to justice for all and empowering civil society to be a primary source of positive change in Ukraine.

The foundation works with leading Ukrainian nongovernmental groups to engage them in developing a shared public policy agenda for the country, catalyze initiatives that address corruption, and prevent backsliding from democratic reforms. Our efforts to reduce corruption in higher education have resulted in the institutionalization of anticorruption mechanisms in university admissions testing. We also support projects and groups that advance the rights of vulnerable populations, improve public health, and confront discrimination.

Read between the lines and you will understand the the Renaissance Foundation is all about regime change, in order to help make Mr. Soros and his banker clan even more rich and powerful.

Lack of public service professionals on the Ukraine labor market has pushed the government to look abroad for qualified applicants who can take positions.

Prague-based Pedersen & Partners and Korn Ferry, global head hunting firms, have found 185 potential employees, many of whom are members of Ukrainian community in Canada, the U.S. and the U.K.

The Renaissance Foundation, a global network of policy consulting centers launched by American billionaire George Soros, has sponsored the headhunting process. It paid as much as $82,200 to two companies involved in finding the capable employees for the government agencies.

As of now, Ukrainian legislation doesn’t allow the foreigners to hold any public offices, which is why those who’ll accept the government’s job offers will have to take Ukraine’s citizenship. Meanwhile, dual citizenship is not allowed.

President Petro Poroshenko during his Nov. 27 speech in parliament offered to allow the foreigners be officially employed in the country’s government. Moreover, he asked the lawmakers to provide him with legal tools to grant Ukrainian citizenship through special decrees.

Meanwhile, Natalie Jaresko, U.S. citizen of Ukrainian descent and chief executive officer of Horizon Capital, a private equity fund with $650 million in assets, is considered to be a candidate for the position of finance minister, according to the Kyiv Post research.