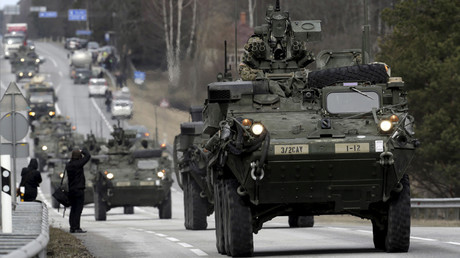 • Was Russia in Turkish airspace? NATO says “yes” according to Turkish and allies’ intelligence; US representatives say the US and allies don’t know yet. Why is NATO lying?

Here is the transcript and video of the press conference with NATO Secretary General Stoltenberg.
http://www.nato.int/cps/en/natohq/events_67375.htm

Here is the press conference with Col. Steve Warren.
http://www.c-span.org/video/?401224-1/defense-department-briefing-military-operations-isis

Also, the press conference by Presidents Obama and Hollande, where they also answered questions on the Turkish action:
http://www.c-span.org/video/?401211-1/president-obama-joint-news-conference-french-president-francois-hollande

Pentagon spokesman Cook said several times including at 14:00 – “the US and several other allies are not able to conclude definitively” that the Russian jet went into Turkish air space. He said the report of going into Turkish airspace is from Turkey. “We are still gathering the details to find out exactly what happened here.”

Both Col. Warren and Mr. Cook state that they are still evaluating data. Col. Warren says it is not easy.

So who are the allies Stoltenberg is referring to? Is he lying?

• Secretary General Stoltenberg on the NATO club: “We support the territorial integrity of Turkey”…but not Syria

At 30:36, Col. Warren says, “All aircraft should respect the sovereignty of nations around them, absolutely. “

Turkey’s alliances with Daesh are well known. Connections with Daesh/ISIS go all the way to the top. Plus, Turkey has stolen Syrian manufacturing infrastructure, transported it across its border, and reassembled it in Turkey. Smuggled Syrian and Iraqi oil is going to Turkey, across Turkey’s open border. So, solidarity with Turkey is solidarity with ISIS, pure and simple.

Of course, NATO members are also up to their elbows in Daesh/ISIS. They supply, advise, arm, and protect their mafia. It’s a family affair, after all.

• Obama says Turkey has a right to defend its airspace. Doesn’t Syria?

Turkey has rights and Syria has no rights.

Peter Cook: “The United States and NATO support the right of Turkey to defend its airspace and sovereignty.”…”As a NATO ally, they have a right to defend NATO airspace.”

NATO has rights, but no one outside NATO does, like Libya or Yemen or Iraq or eastern Ukraine. That is how Messrs. Obama, Stoltenberg, Hollande, et al see it.

Is NATO airspace something holy, inviolate, sacrosanct, and righteous? No, it’s pure bullshit. However, this chilling predatory worldview is held by the people that control our countries and our militaries, including the United States.

Syria has every right to defend its airspace by any means necessary including enlisting the aid of other countries to help them do so. It can defend its sovereignty and attack anyone who enters its territory and airspace without its express permission.

• US has no control over its mercenaries

The attacks on Russian pilots and rescue helicopter were done by US-trained mercenaries (“moderates”). In answer to a question on that, Col. Steve Warren said (11:50), “US control of its [mercenary] forces ends when they cross over into Syria.”

So, the Pentagon has no control over US-trained mercenaries once they cross the Syrian border. These mercenaries are wind-up assassins. And it was American-made TOW missiles that those mercenaries may have used to shoot down the Russian helicopter. Wind up these mercenaries, give them lots of weapons, boost them over the territorial border of another sovereign country, and let them run free.

• The NATO press conference came to an abrupt end.

Perhaps the questions were getting too uncomfortable for Secretary General Stoltenberg.

NOTE: These press conferences have many very useful quotes.