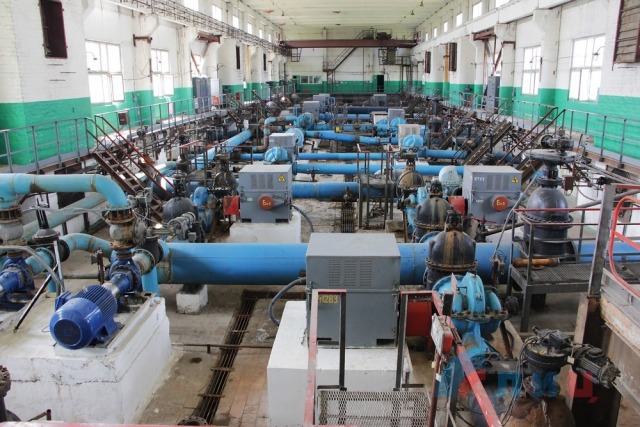 Kiev has cut off water supplies to the Lugansk People’s Republic, the Ministry of Communications of the LPR has reported.
Water supplies from the Western Filtration and Pumping Station were cut off at 3:00 A.M. Although Kiev has said such is the result of an industrial accident, the LPR says that no official documents confirming such have been provided.
The water station in question is on Ukrainian territory and supplies water to Pervomaysk, Stakhanov, Kirovsk, Bryanka, Alchevsk, Perevalsk, Krasny Luch, and Antratsit.
LPR authorities have warned that changes in water delivery schedules will be implemented in connection with this incident.
This is not the first time that Ukraine has used water as a weapon against the Donbass republics. Earlier this week, on March 6th, Ukraine cut off supplies from the Petrovsky Pumping Station which supplies water to Slavyanoserbsk and Lugansk.
According to the LPR’s Lugansk Water Corporation, the republic has reduced its dependency on water supplies from Ukraine to 15%, with approximately 84% of water demand covered by the republic itself. This does not mean, however, that civilians do not suffer when Kiev decides to cut off water and other necessities. Rather, this fits into the larger framework of Ukraine’s war of attrition or psychological warfare against the Donbass republics.
http://www.fort-russ.com/2017/03/kiev-cuts-off-water-to-lugansk.html